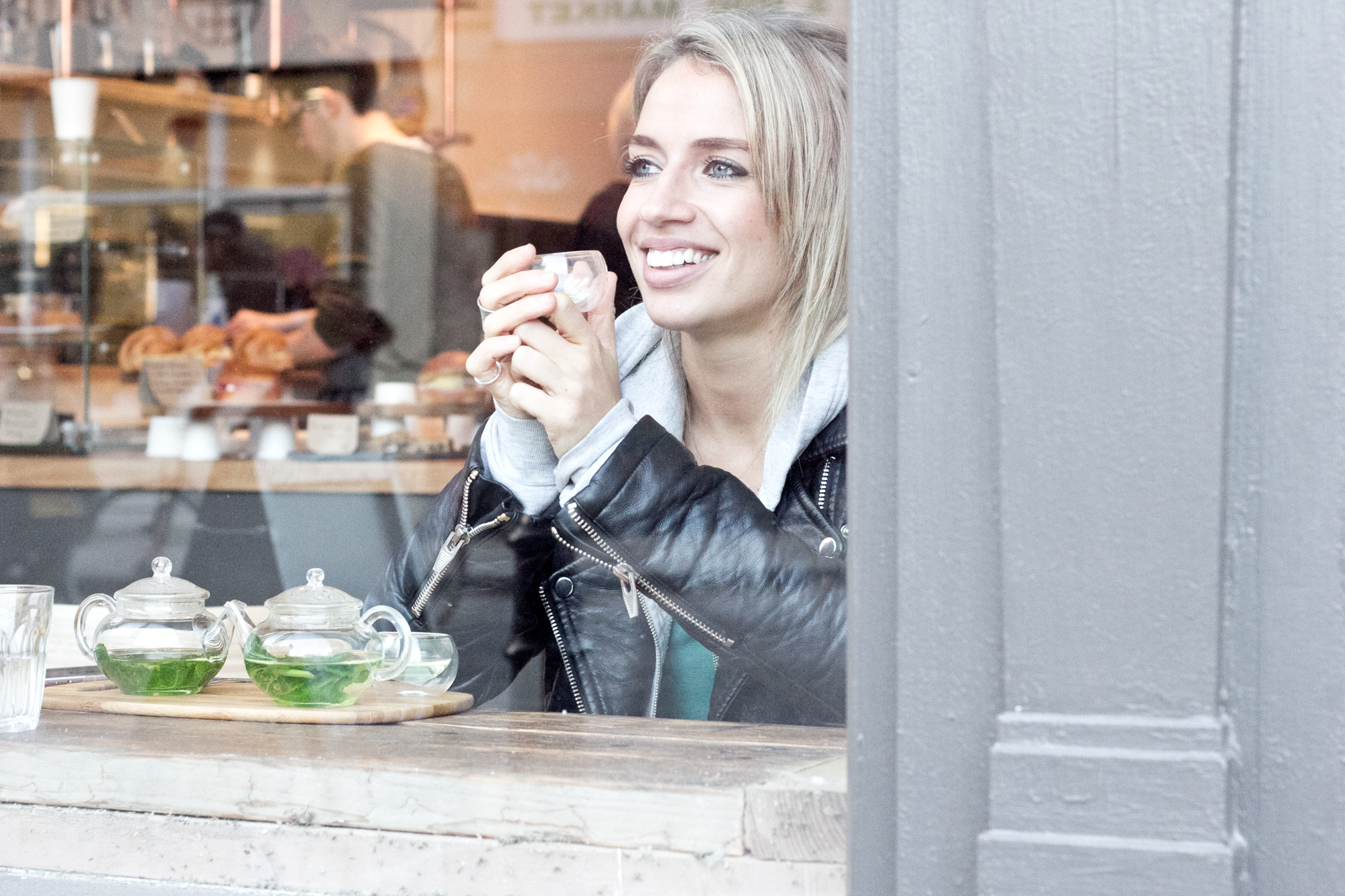 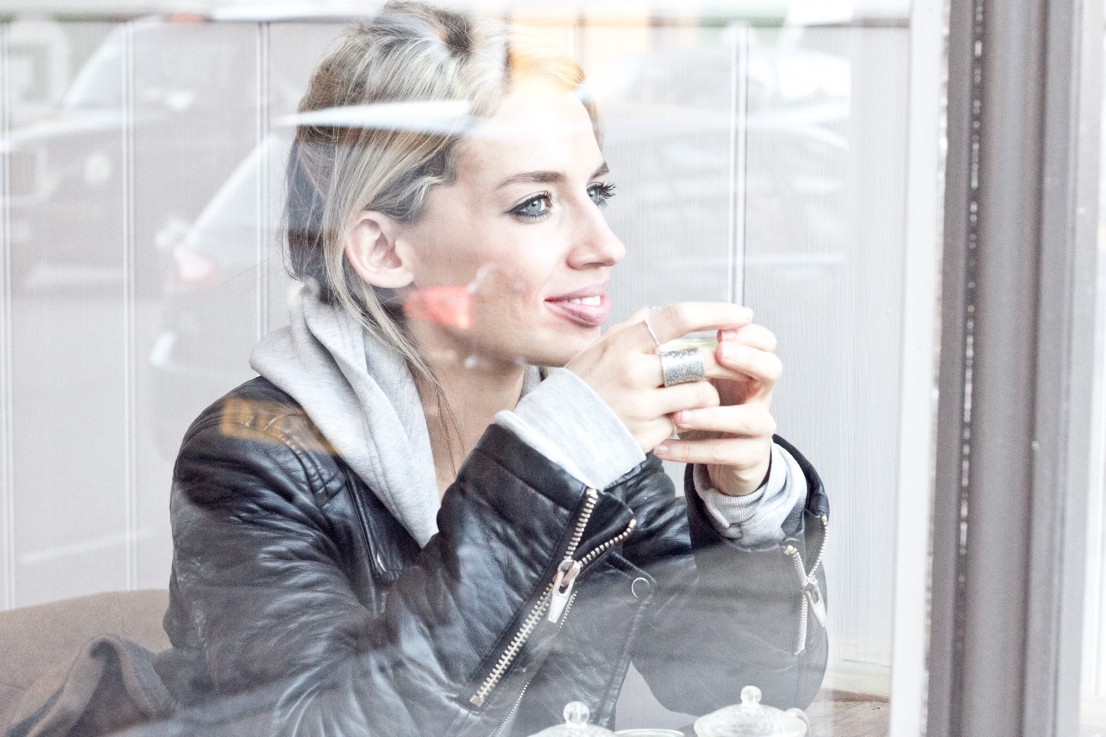 This time of year is always a funny time for yoga studios and gyms alike: they are inevitably flooded with people repenting after the excesses of the holiday season, all looking for ways to be better and healthier or at least, more than they were the year before. The sea of January goers are a common sight to the regular crowd and, for the most part, wither away before February rolls around.

Our bodies are very good at telling us what we want. Come Friday night, for example, my body has a uncanny way of reminding me there’s a half full bottle of white in my fridge that demands my attention. It’s the same way my body was kind enough to tell me that it was time to move away from the carbs and unrefined sugar after a week of heavy loading food over the Christmas period. For Steffy White, taking up yoga was more of a mental desire than a physical one. She’s devoted to yoga, not for the reason most of us are – in other words, the attainment of physical perfection, maybe with a bit of spiritual bliss tossed in. In her mind, yoga helped restore her to health in less obvious ways. 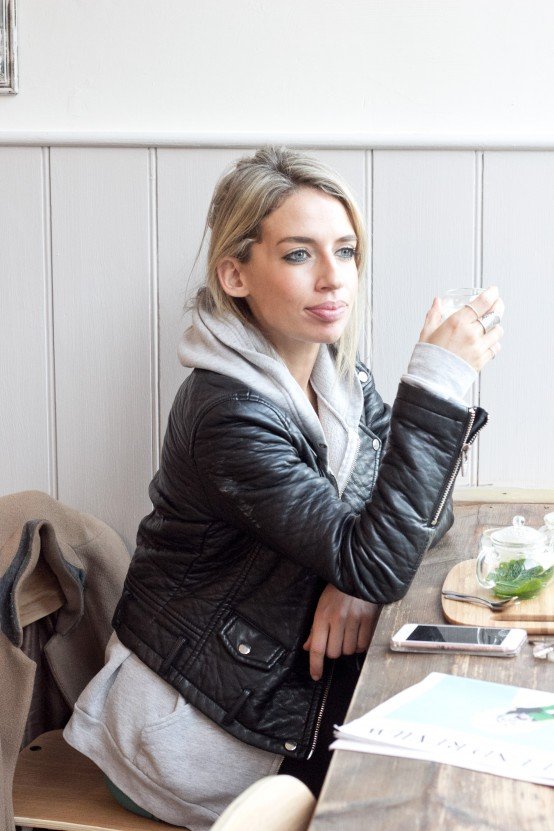 “I used to be someone who worried a lot and was prone to feeling anxious. I always knew that I wasn’t interested in being part of the rat race and ever since I was a little girl I always felt a connection to something bigger,” she tells me, as she nestles into her seat as we catch up at cosy independent coffee shop on Hackney Road. “I wanted to help people and connect with others. I didn’t know what to do but for some reason I just kept turning to my mat and yoga began to heal me. I felt less worried each day and started to just feel at peace with myself. It was then that I realised that I had to begin teaching yoga and spread this kind of mindful living.”

The rat race she’s referring to is the world of TV and theatre, one in which she inhabited and, to a large extent, holds responsible for her former anxious state. “The uncertainty of the business and its constant ups and downs constantly had me feeling the same. My yoga practice was my one certainty,” she tells me. “The more I practiced, the more grounded and whole I felt. Landing on the mat was like coming home to myself and the more time I put into it, the more I chipped away at all the baggage I was clinging on to. I was less worried about things that were out of my control,” she continues. “I felt it healing me, helping me and changing me on the inside, long before it started changing me physically.”

After quitting acting, she decided to go to India to study more and after one day being there, she knew what she wanted to do. Now, women from all over flock to her unique yoga classes at FRAME, and she’s inundated with emails and comments on Instagram from women who have been inspired to follow her footsteps in changing their lives (and bodies) through yoga.

She’s not a singular phenomenon though. Fitness fanatics and physique models are as integral to Instagram now as flat lays and photos of avo on toast served on marble tabletops. Among the pack, yogis are their own special group and in the UK, Steffy is leading the pack. Have a look at her Instagram feed and you’re bound to spot followers like Deliciously Ella’s Ella Woodward and all round wellness guru, Madeleine Shaw pop up, striking one of Steffy’s signature poses.

Don’t be fooled though. She isn’t another purist yogi trying to appeal to the yoga elite and make it feel esoteric. Her mission is to appeal to women like you or I who might feel intimidated by “oms” and “ahs” or plunging into downward dog in a plush studio next to Gwyneth Paltrow and Hilaria Baldwin-types. “It’s all about finding the right teacher and the style of yoga that resonates with you,” she says, when I talk to her about my hit and miss yoga experiences. “It can take a while to find a style and teacher you get with. My advice is to try lots of different classes so you can find one that works for you. Stick with it, and before you know it, you won’t remember your life without it.” 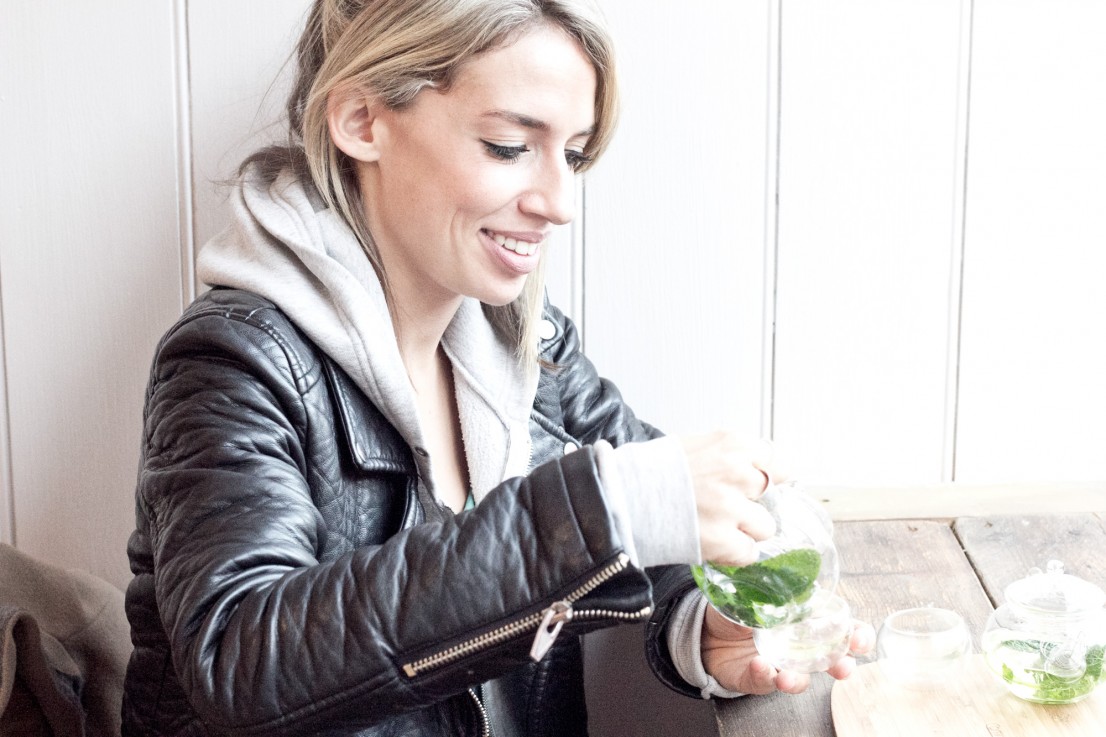 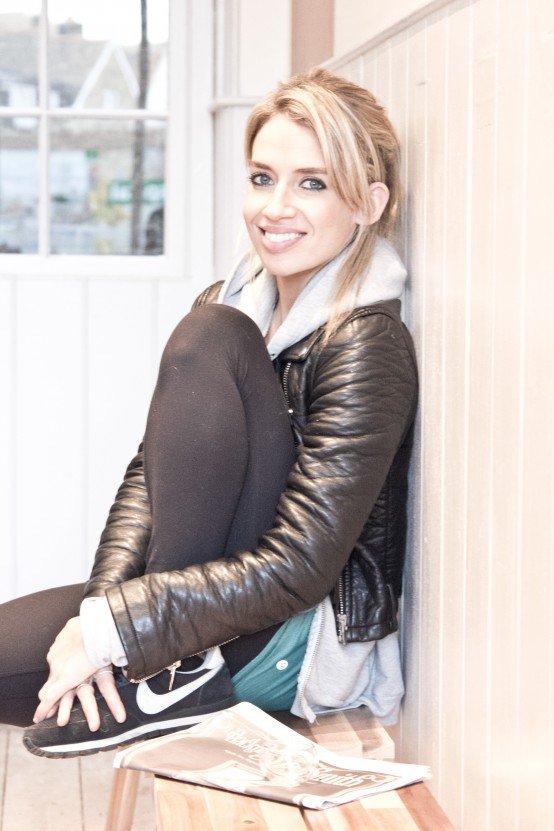 There’s no doubt about it, Steffy is slim and pretty, in a way that most health buffs are. Talk to her for any length of time though and you’ll quickly find that she’s the sort with whom you’d quite happily go for several drinks with. You see, she’s relatable in a way not many are and the first to admit that she’s far from perfect. While yoga is definitely a way of life for her, she also doesn’t take it too seriously. Does she feel a pressure to be a poster girl for healthy living all the time? “I try my best not to get carried away what other people think about, good or bad. In no time at all, wellness could be out of fashion and people might not find me interesting anymore. I just try to stay true to who I am and stay true to the reason I’m here. I think people started following me because I always speak openly and am the first to admit how far from perfect I am,” she says. “I loose my way sometimes too! The other day a friend called me a ‘role model’ and I flipped. I got into this heated discussion about why I don’t see myself as one. What does that even mean? I’ve just got to do what I can. I live a balanced life but I make mistakes and that’s fine,” she adds. “All I want is for more people to feel good on the inside, as well as the outside, to find a little more peace, to get to know themselves and to treat themselves kindly. If that makes me a poster girl for wellness, that I’ll take that title.”

An Internet devotee, Steffy began using social media and YouTube to lure people to yoga years ago and, after years running yoga sessions at other companies’ retreats, she’s decided to launch one of her own. “The first one is in India in March and I have another few to be announced soon,” she tells me, animated. “I honestly can’t wait. I love travelling. But don’t worry – I’ll be uploading lots more yoga videos online so you’ll be able to practice with me at home too.”

Her whole mantra of mind over matter first and fitness second is something I’m instinctively drawn to. “I think people are starting to realise that things have got to change,” she says. “This style of living is not sustainable and it’s making people ill. Thankfully, people are finally catching on to mindfulness so it’s a good time.” What does she feel about orthorexia, though, I ask? Back in 2014, prominent healthy food blogger Jordan Younger hit the headlines when she announced to her followers that she was battling orthorexia, the term coined for an obsession with health eating. Clearly, good intentions don’t always end in the best results. “That’s why I don’t agree with making crazy strict rules when it comes to diet or fitness,” she tells me, adamantly. “What I do care about is living as a vegetarian and practicing yoga every day. That doesn’t mean a sweaty or challenging process. To me, restrictions and regulations are never going to have longevity, nor will they ever fulfil you. You need to think long term and how you can make daily choices that are going to make you feel better from the inside out.” We second that.