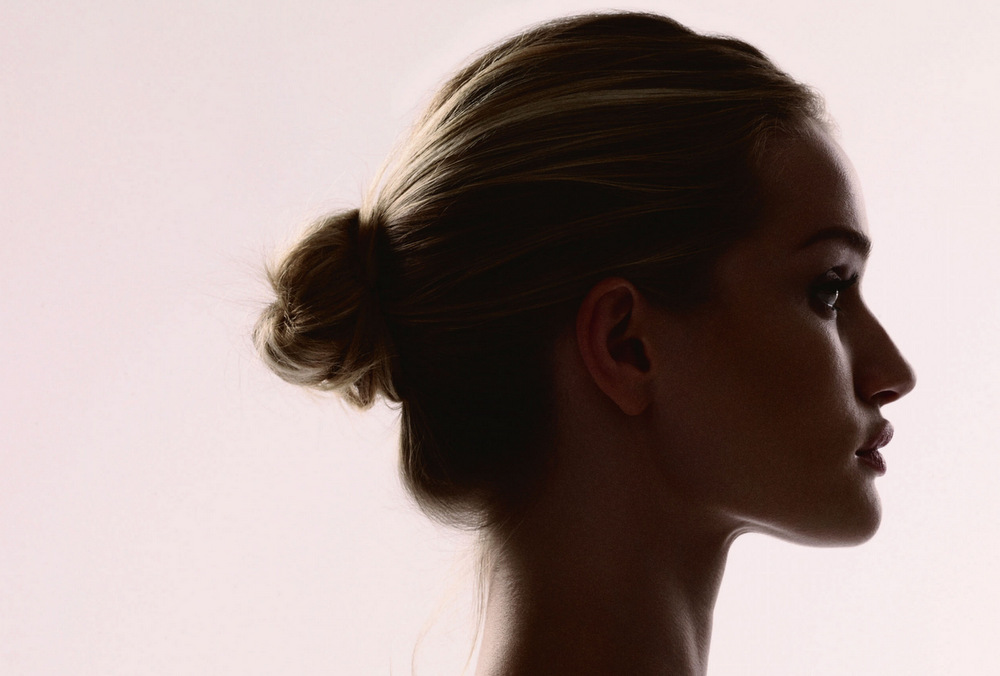 Rosie Huntington Whiteley On Keeping Private And Building An Empire

She’s one of the most photographed women in the world but there’s more to her than that. The 27 year-old is carving out a formidable business and on her own terms. Introducing Brand Rosie…. 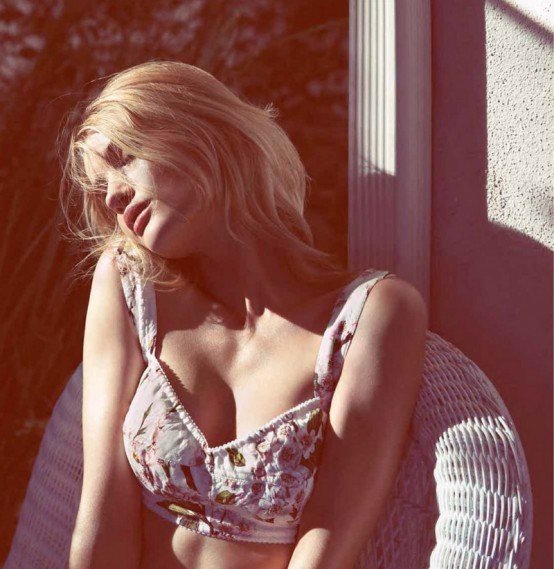 With her pillowy lips and painfully perfect long and lean body, in photographs Rosie Huntington-Whiteley oozes sex appeal. GQ once described her as ‘well mannered but rude to look at’ with a ‘mouth overflowing…to the point of vulgarity.’ Most descriptions of her follow a similar vein and yet the Rosie in front of me has the kind of gentle beauty you wouldn’t usually associate with someone who tops FHM’s Sexiest Woman polls.

Don’t be fooled though – she is every big as sexy as she appears, gazing commandingly from those magazine covers and campaigns: today she is dressed in a chest-exposing thigh skimming Balmain dress, which, on anyone else, would reveal a multitude of sins. That said, in the flesh she looks far softer than you would expect and it’s hard not to be instantly taken by her. She’s like that girl from school who was annoyingly beautiful but so nice you couldn’t help but like. That’s probably part of the reason her sexiness sits comfortably with women.

Before leaving for the interview, a colleague in her forties raved about the robes in the model’s lingerie line for Marks & Spencer. A twenty something fellow journalist also spoke highly of the fit of her bras as we sat waiting for our turn to be ushered in to meet her. In fact, such is the appeal of brand Rosie that at any one time, one in three women in Britain is wearing an M&S bra and one of them will have her label in it.

Sitting in the duskily lit hotel suite in London where she has been in back to back interviews since arriving from Los Angeles first thing that morning, it soon becomes clear that Huntington-Whiteley is a bright, savvy woman, who, through beauty and hard work, has found herself in a privileged position. She’s fiercely ambitious but in an inspiring, endearing way. You’d be foolish to dismiss her as just a pretty face.

We’re here to talk about her latest endorsement, a campaign to launch Coca Cola Lite, a new low calorie cola, with a third less sugar and a third fewer calories than regular coke. To celebrate the launch, she spent the morning we meet opening a pop-up in London, giving customers the chance to win a series of ‘special moments’ prizes up for grabs.

What moments does she really cherish, I ask? ‘‘When I look back in my life and think about my happiest moments, they’re always the ones surrounded by good company,’ she says. ‘I love surrounding myself with family, friends, my loved ones, my dogs…I love singing and dancing, going for walks in the countryside, going to see good music, catching up with girlfriends over cocktails – I love all of those things.’

She’s also at her happiest when she’s working. ‘I love to work. Working with a brand like Coke is really exciting because it’s one of the biggest brands in the world and launching a drink like this is very on brand for me.’

I’ve interviewed my fair share of celebrities that come up with things like that as if reading off an auto-cue but I get the sense that Huntington-Whiteley really means it. She talks at length about why promoting the new Coke is the right fit for her brand. In sum, she’s a marketer’s dream evidenced also by the fact that, at the time we meet, she’s just been announced as the face of Moroccanoil’s Inspired by Women campaign, aimed to celebrate and empower women around the world and was also unveiled as the face of Paige Denim’s SS15 campaign. 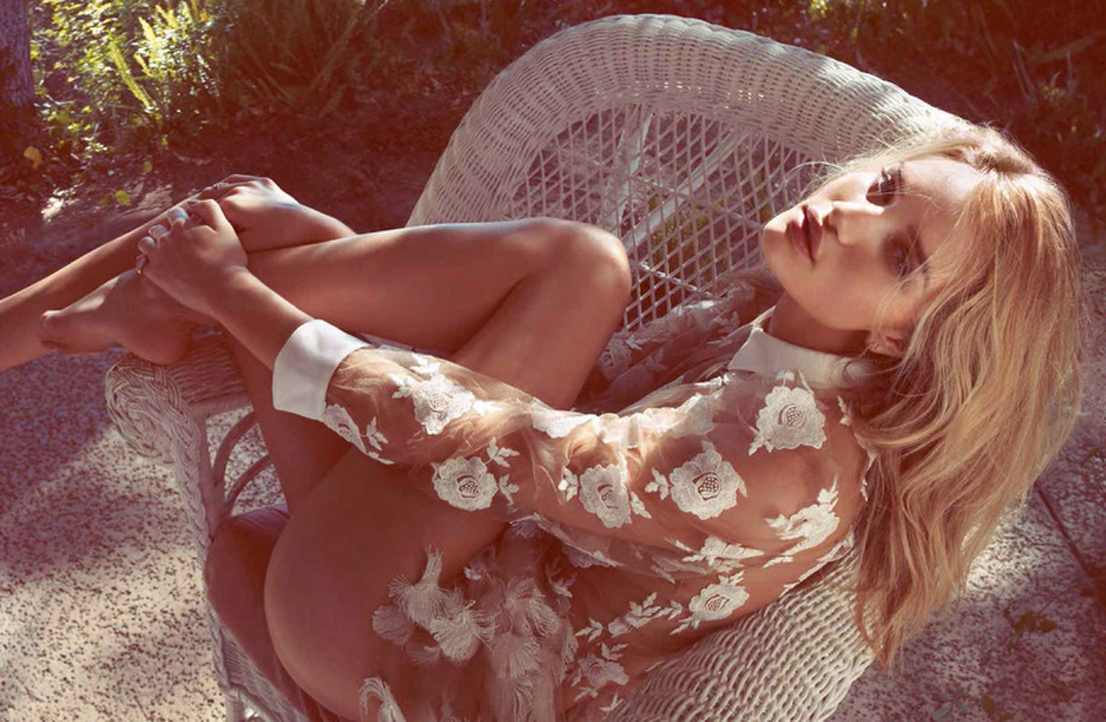 This year is an anniversary, of sorts. It marks almost 12 years since Rosie, now 27, left school and her parent’s Devonshire farm to become a model. She was 15 when she interned at a modelling agency, and 16 when she started modelling. She got her first big break in front of the camera at 16, posing for a Levi’s commercial and moved to New York alone at the tender age of 17, battling with people telling her to change her appearance. At 20 she came to London, which seems to have been a good move as a Burberry campaign followed, as did a British Vogue cover alongside Eden Clark and Jourdan, celebrating British models.

Sometimes things don’t work out, sometimes life throws you a curve ball but I always try and trust the fact that wherever I am today is where I’m supposed to be. The good, the bad and the challenges are there to grow from.

Are you still enjoying it, I ask? ‘Now more than ever,’ she says without hesitation. ‘I’m able to partner with brands and have a say; my voice is actually heard. People now care about what I have to say; it’s a partnership now.’ She pauses, thinking for a second before confidently adding, ‘You know, I’ve worked for almost twelve years – I know a few things so people have to listen to what I have to say. Whether they take that into account and move with it or not, for me being heard is the most important thing because as a young model, you’re having a great time but everyone is doing their thing on you – you’re just a part of their puzzle. There’s a real lack of being able to be fulfilled in your own sense. Then, that was okay, but now it’s nice being able to make executive decision for myself and be a mini businesswoman, I guess. The last few years have been really good for me.’

Good is an understatement. Her range for Marks & Spencer has evolved into a full-fledged brand. It sees her flying to London each and every month to spend time in the studio with head of lingerie Susie Jenkins, going through ideas and talking about trends from the runway. ‘We started from scratch like any other designer would,’ she says. ‘It’s been the most rewarding project I’ve worked on ever.’ Being stopped by women sharing their experiences in her lingerie has become a regular occurrence. ‘It’s the best! I’ll be in London and have women come up to me saying, ‘guess what I’ve got on,’ giving me a peak of their bra. That’s where I get my kicks from.’ She’s also just debuted her first fragrance for the line too. 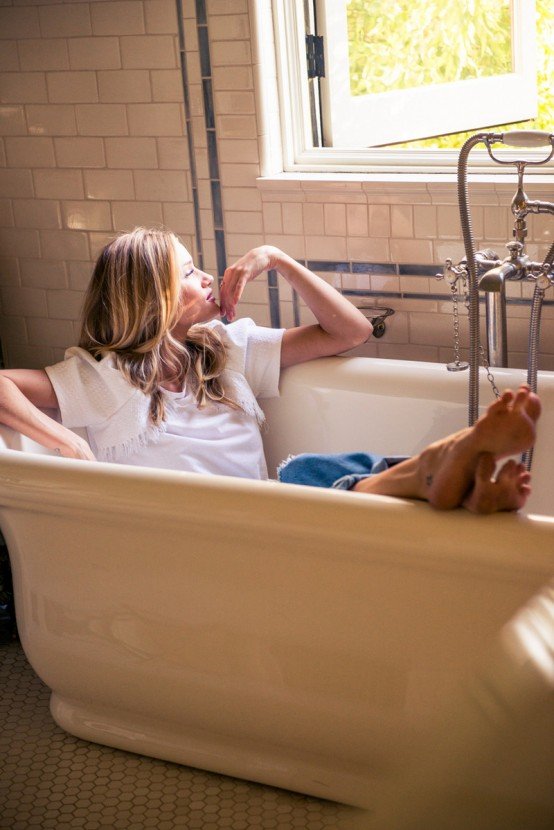 Then there’s her unplanned film career. Despite scathing reviews of her 2011 acting debut in the Michael Bay’s Transformers: Dark of the Moon, in 2013 she filmed another action franchise, Mad Max: Fury Road, which is set to hit theatres later this year:

‘You know what, it’s funny because I never set out to be an actress. I sometimes think, ‘what, I’ve actually made two movies?’ but it wasn’t in my plan and it’s not something I’m focused on in any way. I kind of ended up falling into two opportunities that were presented to me.’

‘I’m a big believer that when big opportunities pop up in life, they should be taken,’ she continues. ‘They are the only two movies I’ve ever been offered so who knows about the future. I’m not focused on that side of my work but well see. I don’t believe in boxing myself in although everyone tries to.’

What she is focusing on though, is creating her own fully-fledged fashion brand, independent of her line for Marks & Spencer. ‘Watch this space,’ she says coyly, when I push for more details.

As fierce as she is ambitious, she is also incredibly private. Last year she was plagued with rumours that her relationship with actor boyfriend Jason Statham was on the rocks but rather than instantly turning to Twitter to quash the rumours as many celebrities do, Rosie continues to remain silent. In a world of look-at-me celebrities, Rosie exhibits that rare quality: decorum.

‘I avoid seeing my private life out there. My private life and professional life are two completely different things.’ Sometimes the lines get blurred – she had her parents to a shoot the week before – ‘but I wouldn’t want my parents with me all the time much like I wouldn’t want the cameras inside my house.’ I’ve always been able to leave the studio and just leave it there. I go home and I’m Rosie. I’m not the Rosie who’s out doing my work thing. They’re no too different but it’s a different character in a way.’

With a New Year in full swing, how does she feel about her success and future plans? ‘It’s funny when I look back at what I’ve achieved because everything has been really special. Sometimes things don’t work out, sometimes life throws you a curve ball but I always try and trust the fact that wherever I am today is where I’m supposed to be. The good, the bad and the challenges are there to grow from.’

Success won’t fall in your lap ‘I’m very driven. I believe that every success we have as individuals comes down to being focused and having goals and making sacrifices. Sometimes success comes and it’s handed to us but rarely – my parents taught me that. Nothing is going to be handed to you on a plate. You have to go out and get it yourself.’

Work to live ‘That’s what I always say. Sometimes I’m not working and I’m pulling my hair out, other times I’m so busy that I’m stressed that I haven’t spent any time on myself or on the other things that are important and special for me so it is important for me to get the balance. In my line of work, you never know when you’re next job is going to be so you always feel like you can’t say no. So really, the most important thing for me when I go to work is, am I going to have a good time; am I going to learn and is it going to be meaningful in some sense? If those three boxes aren’t ticked, it’s not for me. I find that you could get out a lot of free time if you ask yourself those questions.’