Jessica Vince On Dressr, Life After Grazia Daily And Going Out On Her Own | The Lifestyle Edit
Display 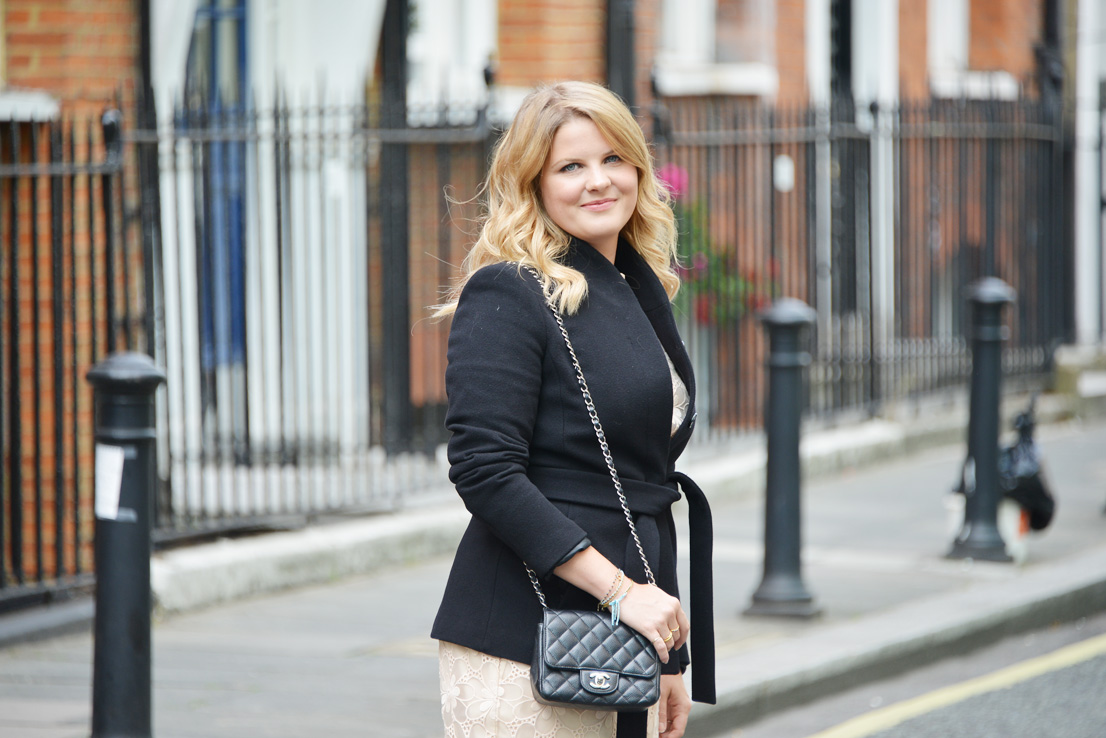 Jessica Vince On Dressr, Life After Grazia Daily And Going Out On Her Own

After six years at the helm of Grazia Daily, she’s just struck out on her own. Here she reveals all. 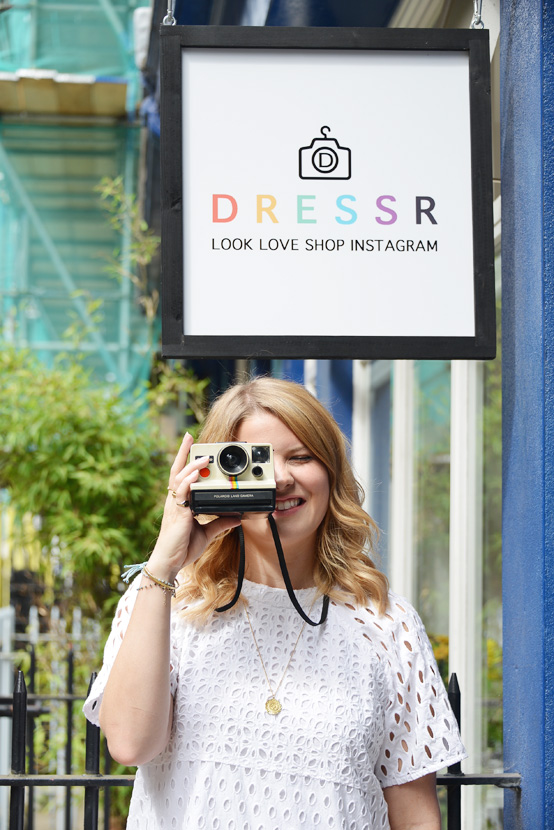 I always knew I wanted to write – I was one of those girls who had a book in her hand at every opportunity – and journalism allowed me to write every day. But it wasn’t until I started at Grazia that I really got swept up in the buzz of fashion. I was only an intern at that point so I’d occasionally get a tantalising peek at the excitement by going on a shoot or being whisked to a fashion show. I was hooked. My degree helped me enormously – it taught me such discipline, how to construct an argument and consume words at breakneck speed! When I didn’t have any work experience, my degree was essential for getting my foot in the door because it was the only proof that I could actually write! Having said that, I was told very early on by a newspaper journalist that I wouldn’t get anywhere without a journalism-specific qualification. I made it my mission to prove him wrong – and I did! So although education in that specific area may give you an edge, it’s not essential.

I did work experience wherever I could – Brides Magazine, Easy Living, OK! Magazine – and it was often contacts at one that lead to the next. But it was my month at Glamour, which was the most beneficial. I gave every moment my all, whether it was making tea or doing vox pops on Carnaby Street (which is great for the confidence!). Then by lucky coincidence, I was asked to collect and escort Joanna Page (of Gavin & Stacey) to the Glamour Awards because her chaperone had fallen ill. I’d never met a celebrity before so was terrified but of course said YES. They must’ve been impressed by something because I was asked to stay on for the Features Assistant internship.

When I’m hiring interns it’s all about enthusiasm and people who are willing to get stuck in. It’s all about enthusiasm and being willing to get stuck in. Everything else can be learned on the job. DRESSR is my baby so I need someone who has the potential to get as passionate (verging on obsessive) as I do! And is happy to get stuck in. My advice is to start a dialogue with journalists you admire – get their attention by tweeting them or commenting on their Instagram without being stalkerish! Then ask to meet for a coffee because you’re a fan of their work. Most will be flattered and once they’ve put a face to a name (and realised you’re not totally cuckoo), they’re more likely to think of you for future opportunities. I wish I’d been brave enough to do more of that when I was starting out because this industry is all about contacts.

It’s really important to push for what you want because no one else is going to do it for you. I was lucky enough to have a couple of mentors at Grazia who fought my corner, but at the end of the day, it came down to me proving myself and showing them that I was capable of taking it to the next level. There was a lot of sweat, tears and late nights involved, but it was worth it. When it comes to progressing and taking the next step, the worst mistake you can make is being too afraid to make one. You don’t have to have it all figured out, just go with your gut. That sounds so clichéd but really, what’s the worst that’ll happen?

I didn’t plan on going into digital, but I’m so glad I did. When I joined Grazia, the website had just been set up so they needed an extra pair of hands to help out for six weeks. Those six weeks turned into over six years! I found digital so exhilarating because it was constantly changing – I remember sending our first ever tweets and the day we joined a new platform called Instagram. There was always something new to learn, whether it was creating videos for YouTube or making Vines. I also loved the immediacy of posting a breaking news story then reading user reactions instantly. It was highly addictive! But after being Digital Editor for several years, I knew it was time to take on my next challenge and I’d only regret not taking the chance to channel all these skills into something of my own. 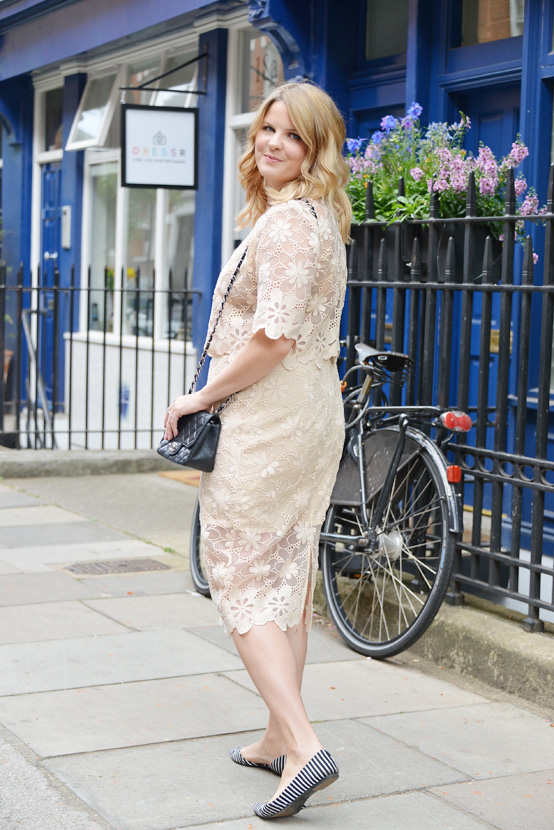 DRESSR was born out of my own frustration (and shopping habit). During my morning scroll through Instagram, I’d often see an outfit I had to have right now, but wouldn’t know where to buy it. I kept looking for a place that identifies the stars’ most stylish Instagrams and makes them shoppable, but couldn’t find one. I thought, if I want it, maybe others do too. I spoke to colleagues and PRs and friends and realised there’s a real hunger for this. Once the idea was in my head, I knew that if I didn’t do it, someone else would and I’d be kicking myself forevermore. The website is still very much in its early stages – it only went live mid-September – so for the past few months, I’ve been focused on working with a web designer to get it developed and fully functioning. Alongside this, I’m constantly on the hunt for stylish Instagram posts to identify and make shoppable. I write all the content on the site so I spend a lot of my day writing and uploading copy. I’ve just hired a brilliant intern, Alice, who is managing the social media because that’s a job in itself! It feels so rewarding to actually create something that’s my own and I love being able to put my own stamp on things. Every like, comment or share feels like a tiny victory.

I love the creative side of being my own boss but I’ve found the business side much trickier, like organising bank accounts and dealing with lawyers. Luckily my fiancé is also my co-founder and has an in-depth understanding of those things so manages that. With a start-up, everything is a learning curve so we’re constantly making mistakes, but it’s better to give something a try even if it doesn’t work out. Ultimately, you learn from it. For others considering it, you don’t have to have it all figured out to give it a go. It’s all about taking baby steps. Just be prepared to give it your all because it won’t happen overnight, but it really is the most rewarding feeling. There’s such a huge potential especially with online and so much support out there – there’s really never been a more exciting time to be an entrepreneur.

I do find it very tricky to switch off, but I’ve learned to set my own boundaries. I make a conscious effort to spend time with my fiancé and see my friends, otherwise I’d go mad and those are the things that really matter. At some point, you have to realise that the Internet isn’t going to explode if you don’t tweet about Alexa’s new hat. You never know how things are going to go with the Internet so for now, I’m focusing on getting DRESSR off the ground and hopefully building a team. Once it’s more established, I’d love to expand the editorial offering and cover menswear as well as other lifestyle areas aside from solely fashion. That might involve creating new sites or just evolving the current one. I’m taking it step by step.