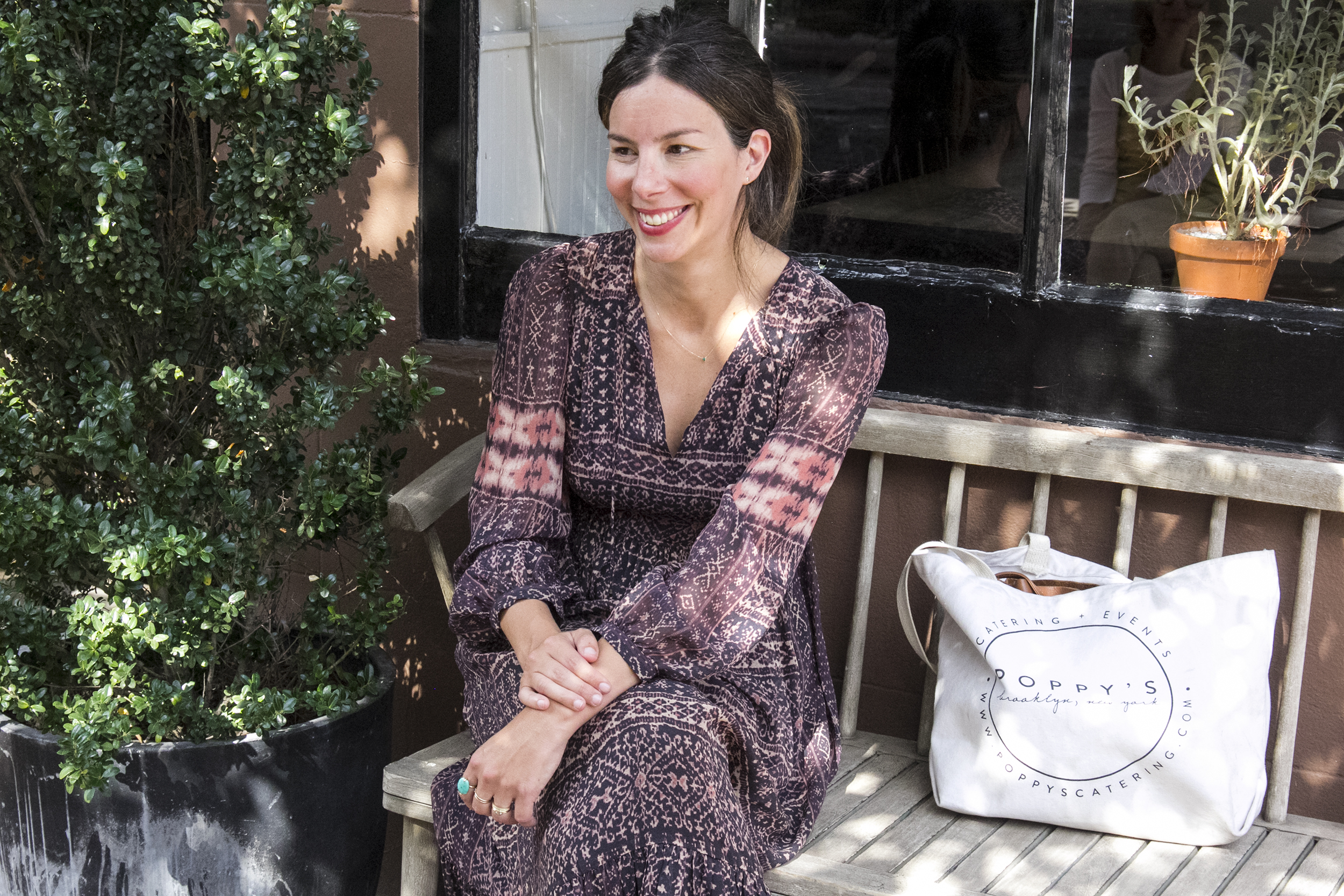 The Poppy’s Catering founder owes the company’s success to the team she built around her. 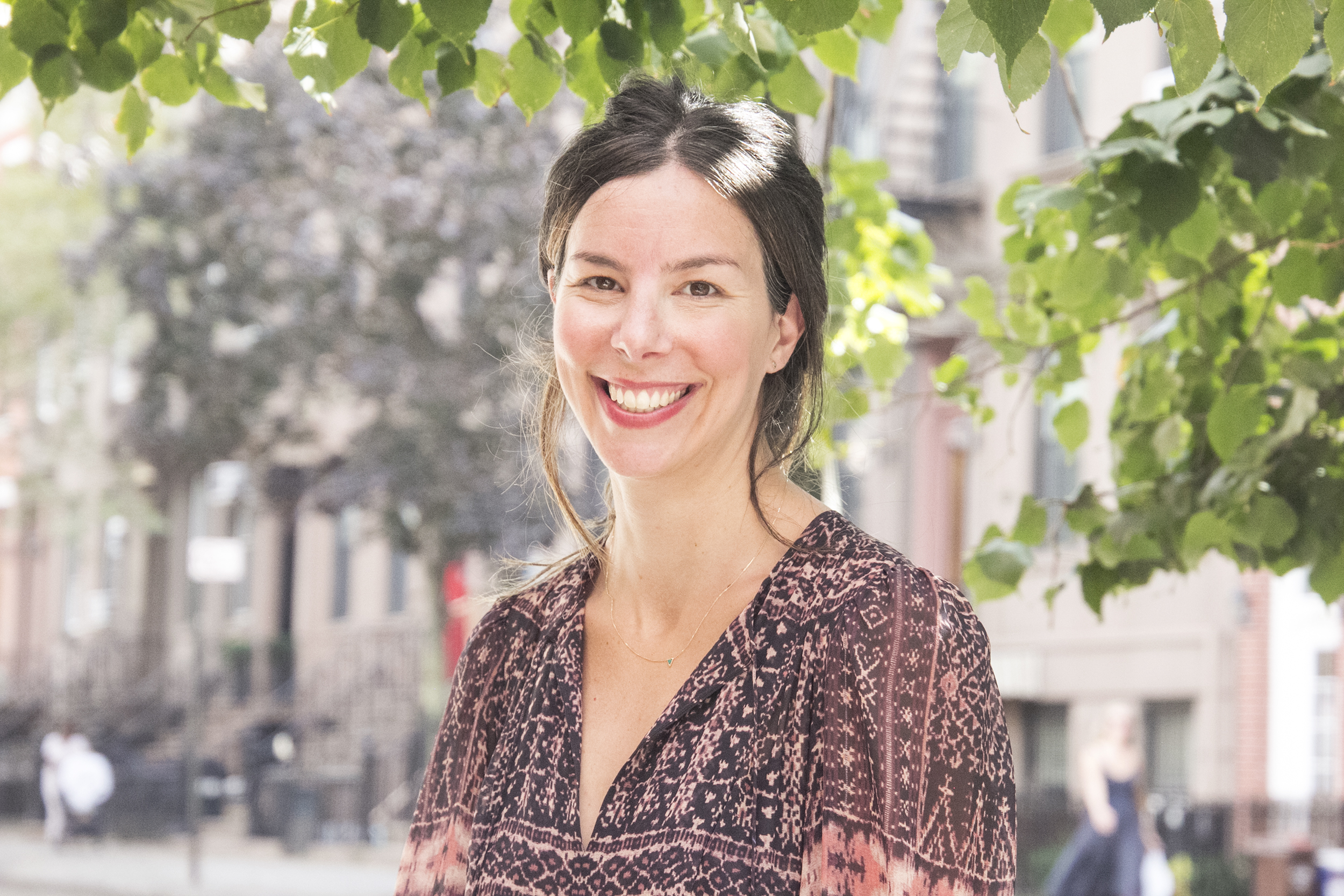 It’s a well-known fact that you can’t do all the things all the time, and you can’t be everything to everyone. That said, it often feels easier to struggle along regardless, lapping up the martyrdom of your cause. As an entrepreneur, it can be enticing to go it solo, reaping the rewards of your labor fully, but inevitably there will come a time where you can’t offer your business what it needs to evolve. Address this from the get-go and you’re already one step ahead. Jamie Schmones Erickson, founder of Poppy’s Catering – a catering and events company based out of Brooklyn, New York – credits this mindset to her company’s success. In its first year of operation the company broke one million dollars in revenue and grew its team to 10.

“I’ve been with many business owners that say they can do every single job at their company,” Jamie says. “That’s not the case for me—I have never been the chef and I know what my strengths are.” She grew her core team of senior hires organically from the inception of Poppy’s Catering, seeking out the skills she needed as she needed them. Now approaching its five-year anniversary, Jamie hopes to celebrate hitting the three-million-dollar mark alongside her 100+ staff.

During our interview, Jamie cites a line from Danny Meyer’s book “Setting the Table”—if you want to grow, you have to let go. As the founder of a startup or company, the thought of relinquishing even the smallest parts of your work can be daunting, but resist for long enough and you run the risk of bottlenecking your operation. It’s something Jamie wrestles with on the daily but overcoming it has been the key to her success. “It’s been an organic growth and a company we have built together,” she says. “There is no way I can do all this without them.” 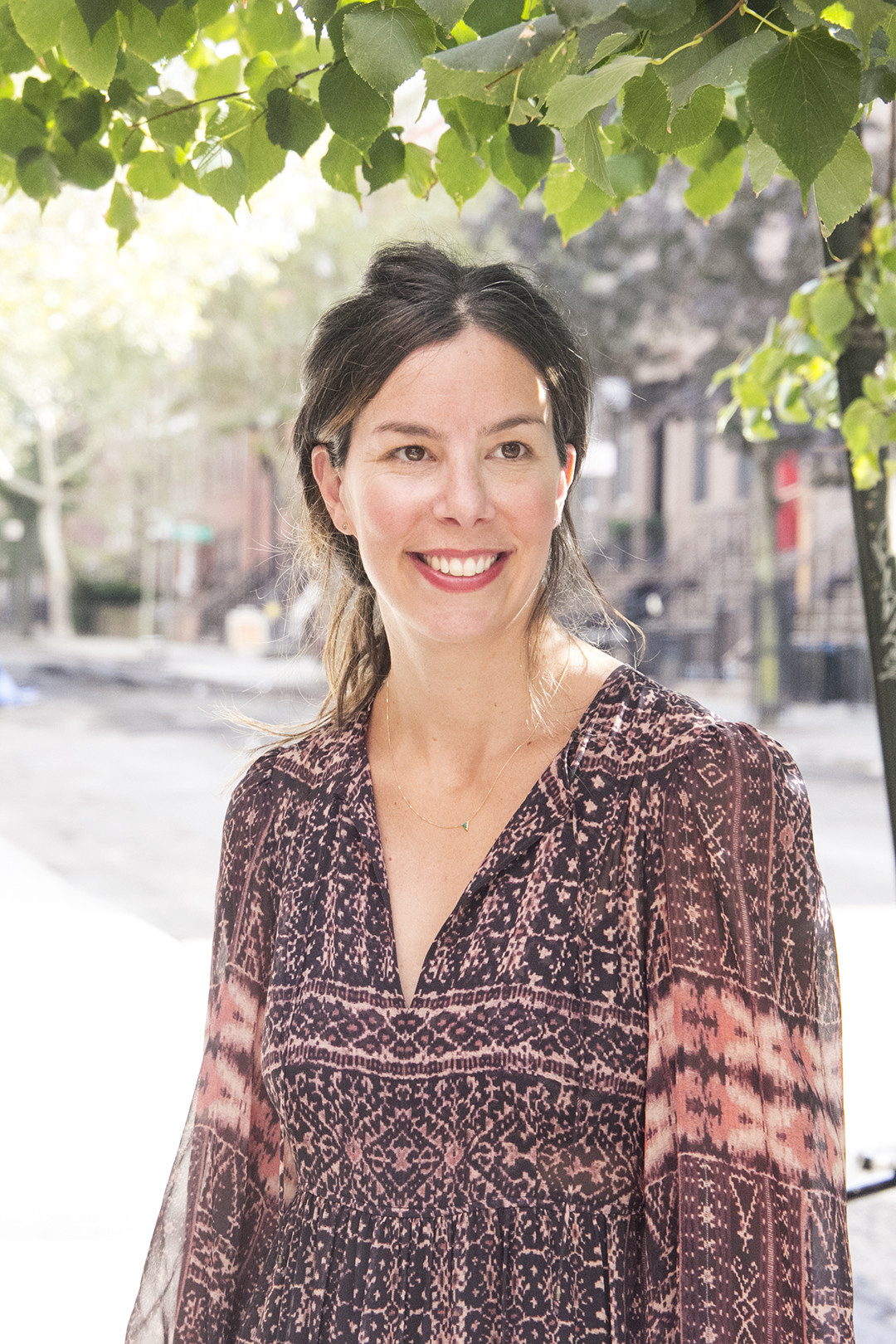 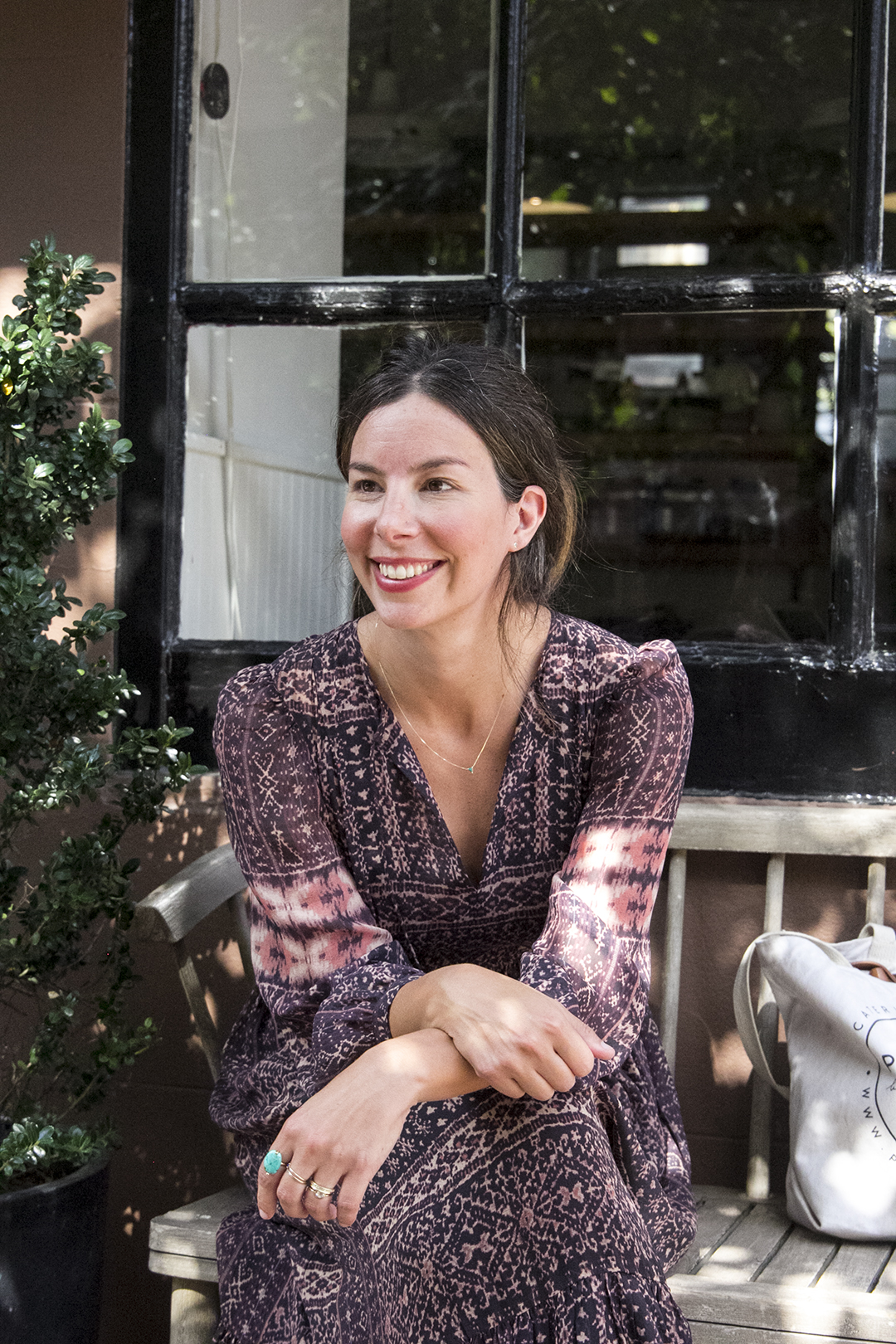 HOW HER LOVE FOR HOSPITALITY STARTED WITH $10/HOUR JOB

While I was in college I got a job junior year as the hostess for a new farm-to-table restaurant in Boulder, Colorado called, The Kitchen. Little did I know that that job was going to change my life. I learned so much about the restaurant and food industry, about hospitality and more than anything, about business. My boss and mentor was Kimbal Musk (Elon Musk’s brother), now poster boy for the real food movement. When I moved back to New York in my early 20’s, I worked for several more small businesses that focused on the event industry and catering. And just before starting Poppy’s, I ran the catering and events department at City Bakery.  I was there for almost two years growing and building a department for an already established and coveted food brand.

One of the biggest takeaways for me from all my past experiences was finding a management style that I believed in. I came from a few experiences where ultimately as an employee I felt underappreciated. I wanted to grow a business and a culture based on teamwork, creativity, and a more positive energy.  I also believe in transparency not only with staff but with clients. 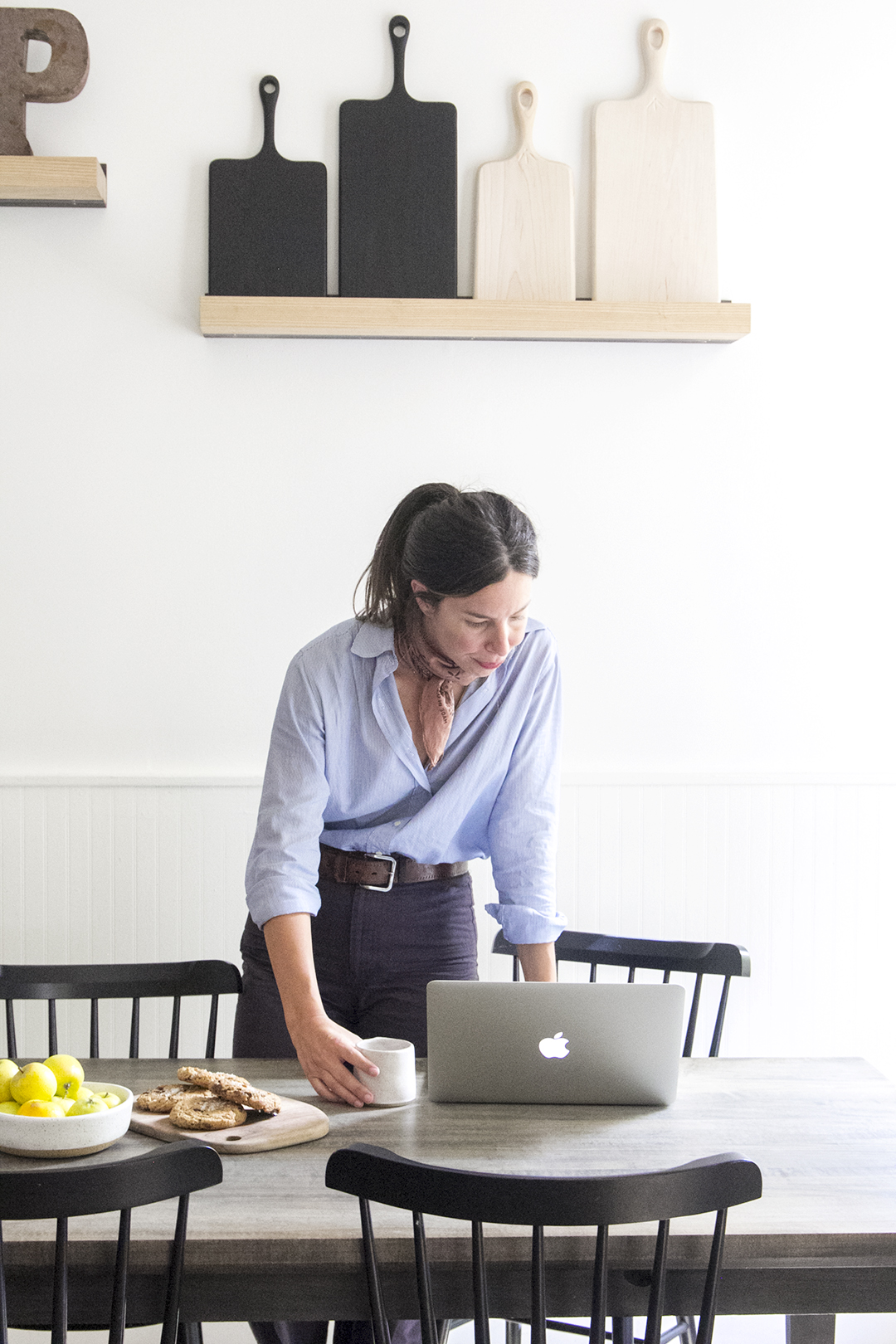 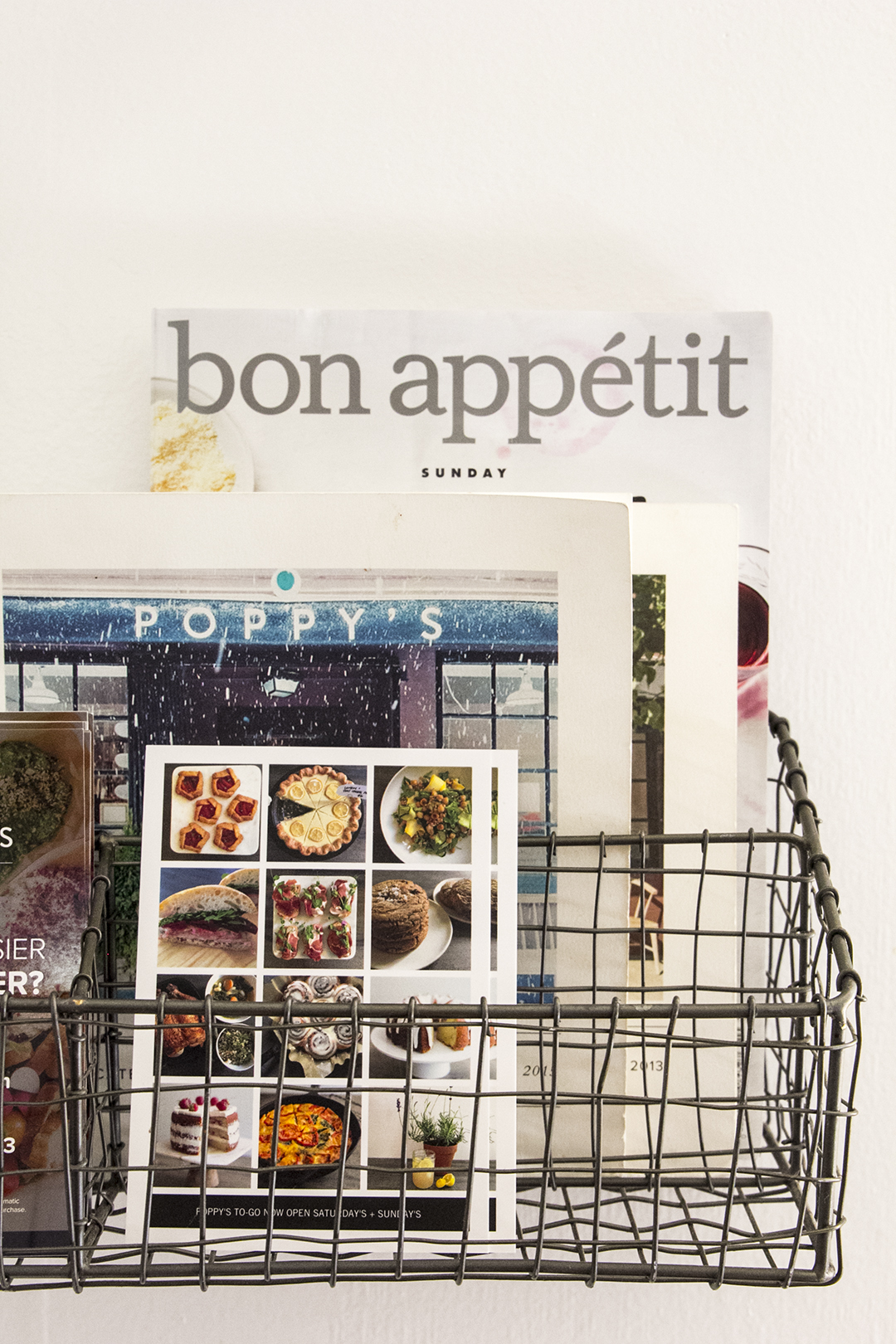 ON CHOOSING TO GO ALONE

After two years at City Bakery I felt as though I had built a team and a division of the brand that was up and running. But ultimately, I hit a growth ceiling. I had an amazing network of clients, industry staff, and a super supportive assistant who was ready to go along with me. I had just gotten married and it felt like the right moment for a new chapter, challenge and risk to take.

BREAKING SEVEN FIGURES IN REVENUE IN YEAR ONE

I still have notes scribbled down on a pad and paper about what I thought our early revenues would look like. I had a $300K annual revenue goal for year one based on a modest assumption that we would stay a relatively small team. Instead, within one year we broke $1 million and ended up with a team of approximately 10.  By the end of year two, we had secured a bank loan and taken over an additional kitchen to allow for more growth.

And while we have grown steadily ever since, we have never had the same exponential growth. Instead, we have tried to maintain some level of sanity and work/life balance. This year as we turn five, I hope for us to break $3 million.  We have an internal team of about 20 people and almost 100 people on our payroll with all of our freelance staff.

I was extremely modest with money, especially in the first year. I didn’t borrow much more money than exactly what I needed to get started and get our foot into our kitchen space. But rather than moving into a shiny brand new kitchen, we moved into one that had a lot of old equipment. We painted the place white and it felt bright and new. When our stove top broke on the first day, I ran to REI and got us a camping stove.  I never spent real money on equipment until we started to land bigger jobs and I had the deposits in the bank.  Even now, it’s a big deal having to replace equipment and spending that kind of money. I prioritized payroll and food costs over any other spending and preferred to pay back any debts before taking any real money for myself. 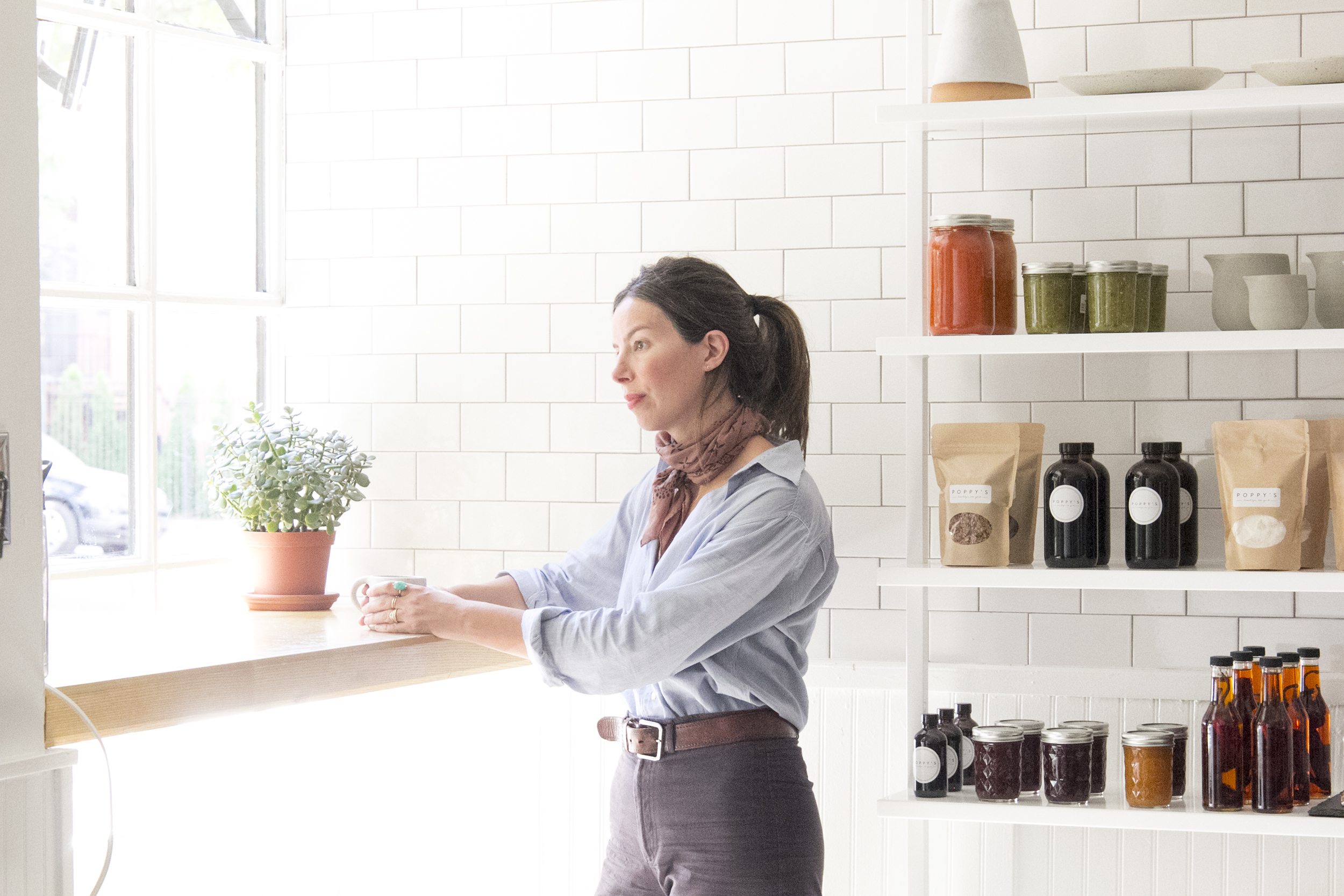 HER RELATIONSHIP WITH FORMER J CREW CEO, MICKEY DREXLER & THE IMPACT J CREW HAD ON HER BUSINESS

When we first started Poppy’s, besides having the highest-quality delicious food, I was all about creating a visual brand. Through our logo and presentation, I wanted to make sure that if you saw a display of food it screamed Poppy’s. My best friend was working at J. Crew at the time and I loved hearing some of the “Micky’isms” that she would learn at work about merchandising.  I soaked them up and ultimately felt like J. Crew was my dream client. Not only because I have been dressing in their classic pieces since I was a kid, but because it stood for similar values that I was trying to build. Simple, solid, approachable, stylish, classic. My friend was able to score me the emails of the in-house producers that booked catering for their catalogue photo shoots. I sent them sample menus and photos of our display and the rest is history.

In the early days when I was dragging carts of food into studios and through the halls of buildings for set ups, no celebrity client made me more star-struck than bumping into Micky Drexler at J. Crew. At the end of year one, J. Crew ended up being our number one client and I wrote Micky a thank you letter. He had no idea what he had done for me. He didn’t know who I was or that Poppy’s was the catering most commonly requested at 770 Broadway.  But inadvertently he had helped me grow as a business owner and the builder of a brand.

He got my letter, picked up the phone and called me. I tried to play it cool. 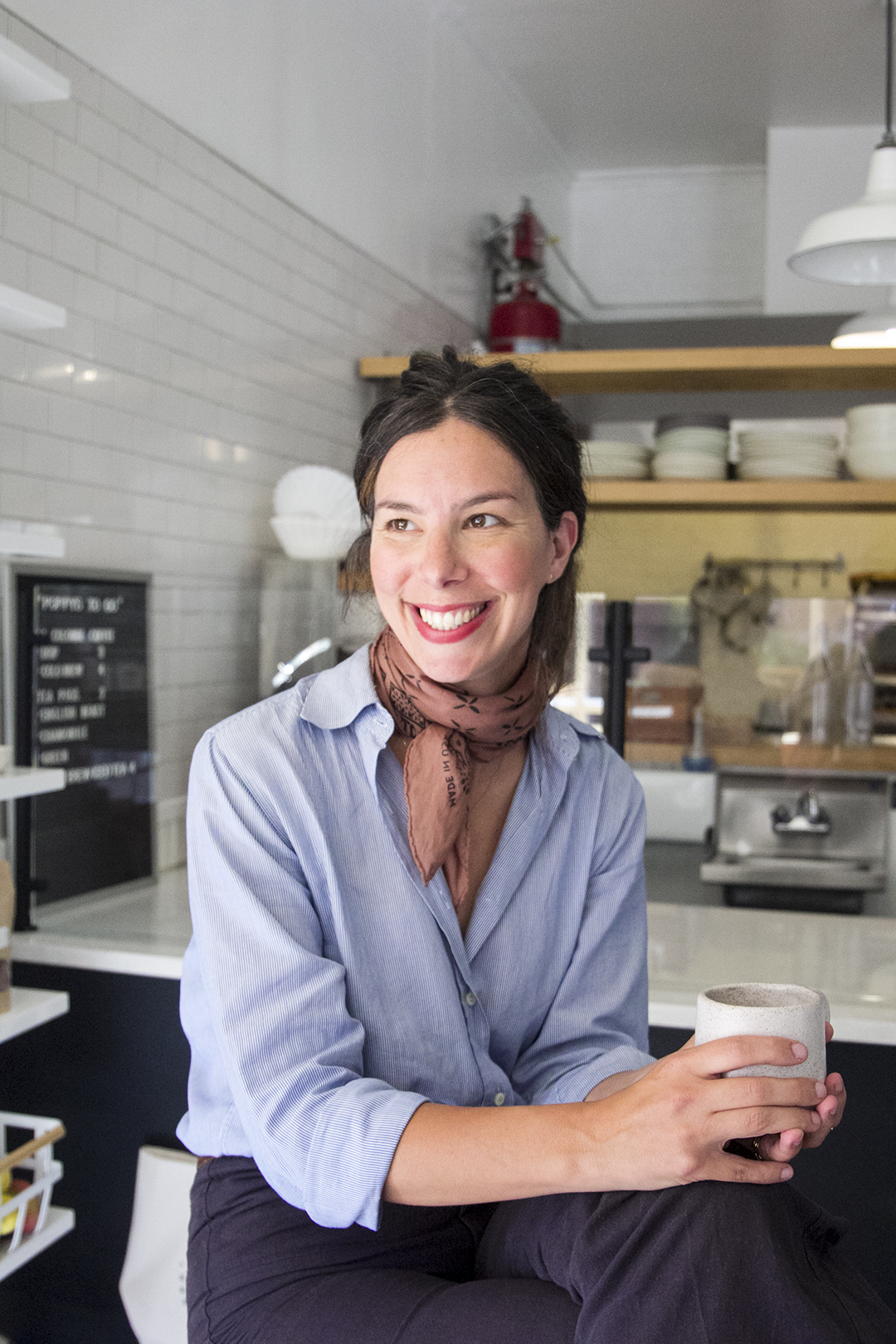 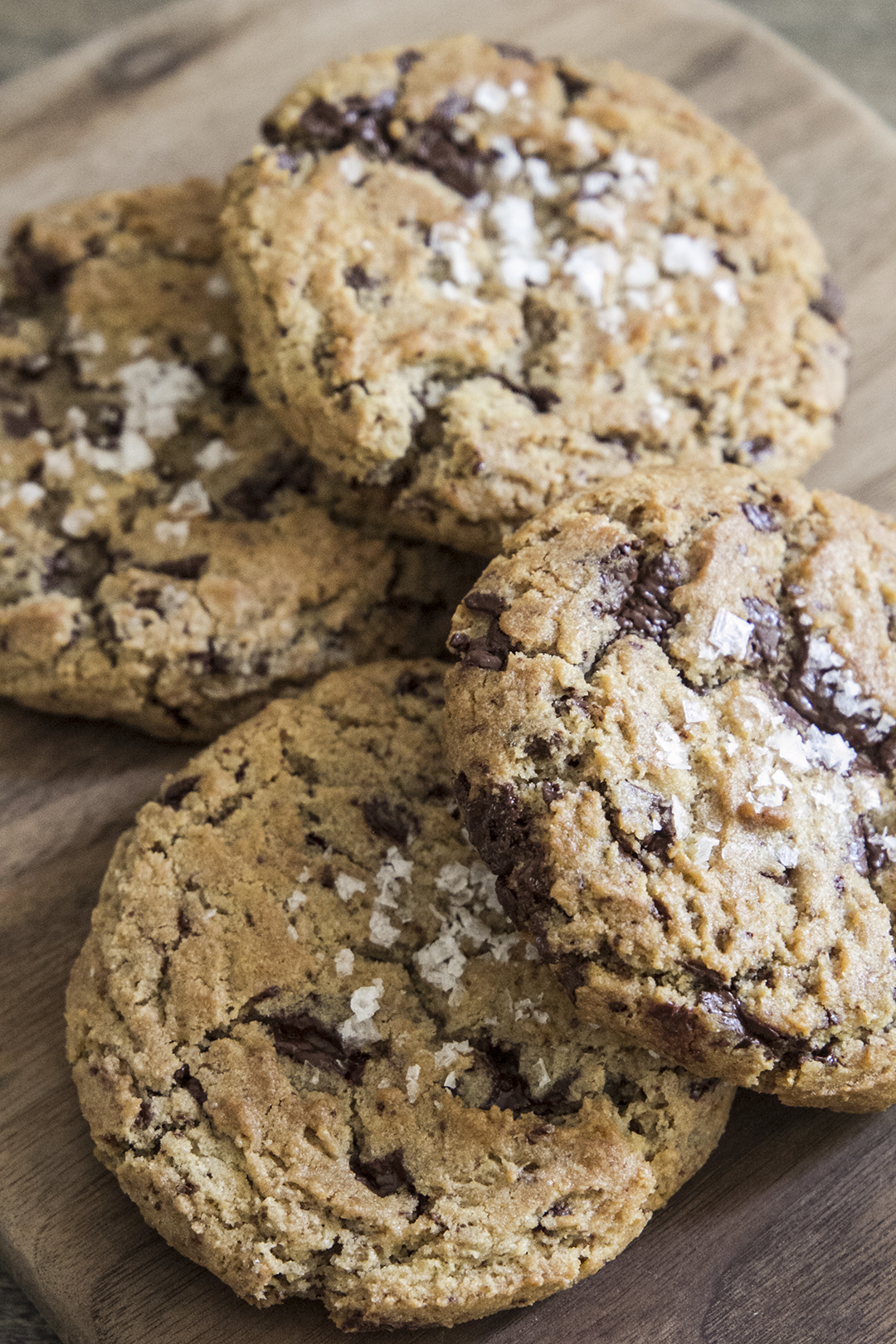 When I started Poppy’s, I was told not to say no to anything. I felt differently. I knew there was no way we could be everything to everyone and ultimately that would end in failure on someone’s part. I’ve always questioned whether weddings are something I want to be part of my business. They are big ticket events, for sure.  But they also come with so much emotion and pressure. We do love catering weddings, but I found that sticking to what we do best was our best approach to finding couples that matched with our brand. You want to make sure that you are the right match for someone’s big day because there are so many other amazing caterers out there who could work better. 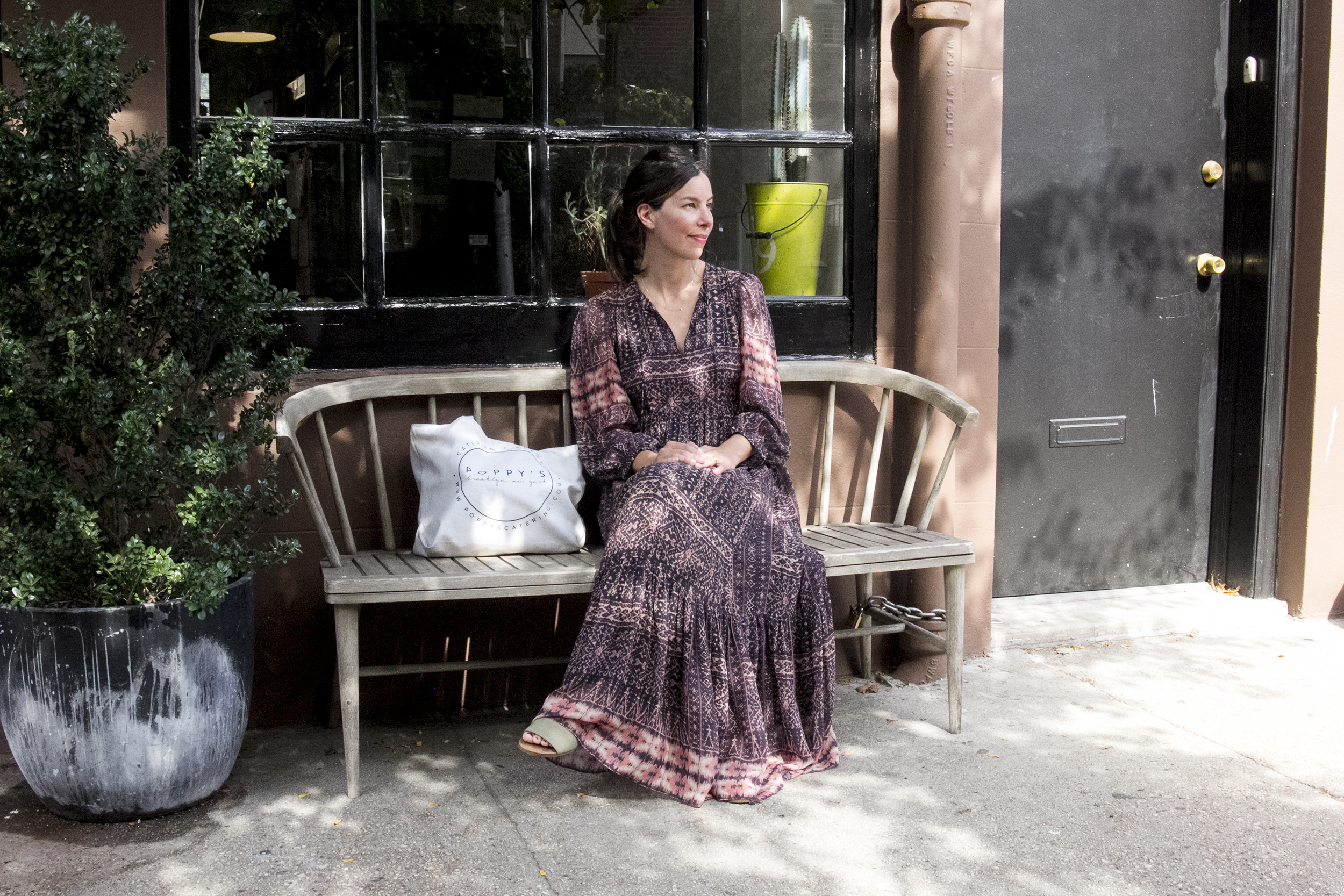 HER SIMPLE APPROACH TO CLIENT RETENTION

Do a good job. Serve great food and offer great customer service. Relationships and trust are a huge reason why any customer would want to return. That and a constantly rotating menu.

We have been so fortunate that this is an industry of word of mouth. It is hands down the way we have secured the majority of our business. The second source is Instagram. There has been no paid advertising or PR since our inception. 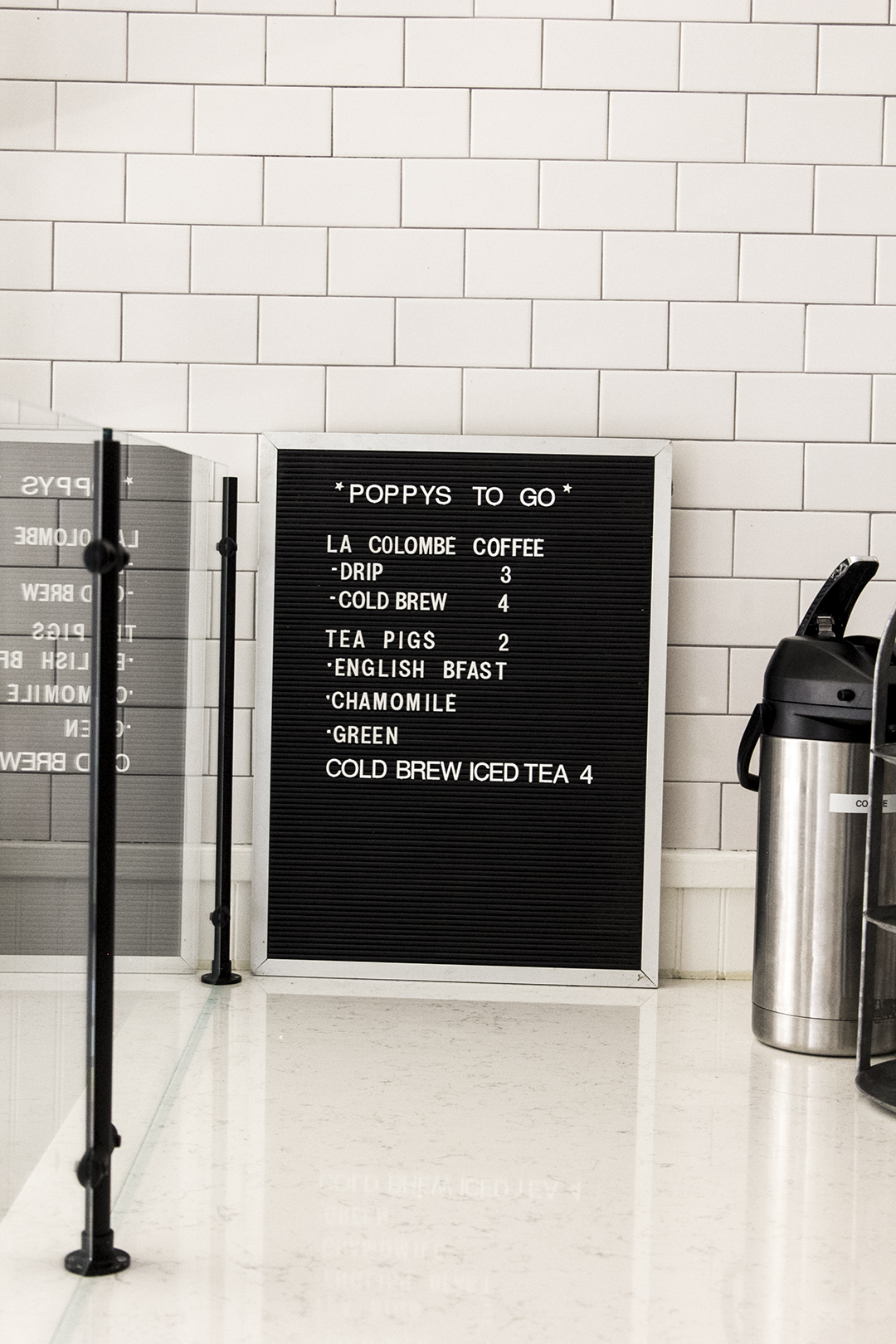 JUGGLING HER TIME & LETTING GO TASKS SHE USED TO DO

This is still something I deal with every day.  Ultimately letting go of micromanaging all the little details and set ups for small drop off orders is what’s allowed us to grow. I had to prioritize knowing that we are giving the same amazing quality of food but had to let go somewhere. I live for Quickbooks.  I do not have a book keeper.  That’s one thing I still do so that I can see all the numbers coming in (and going out). 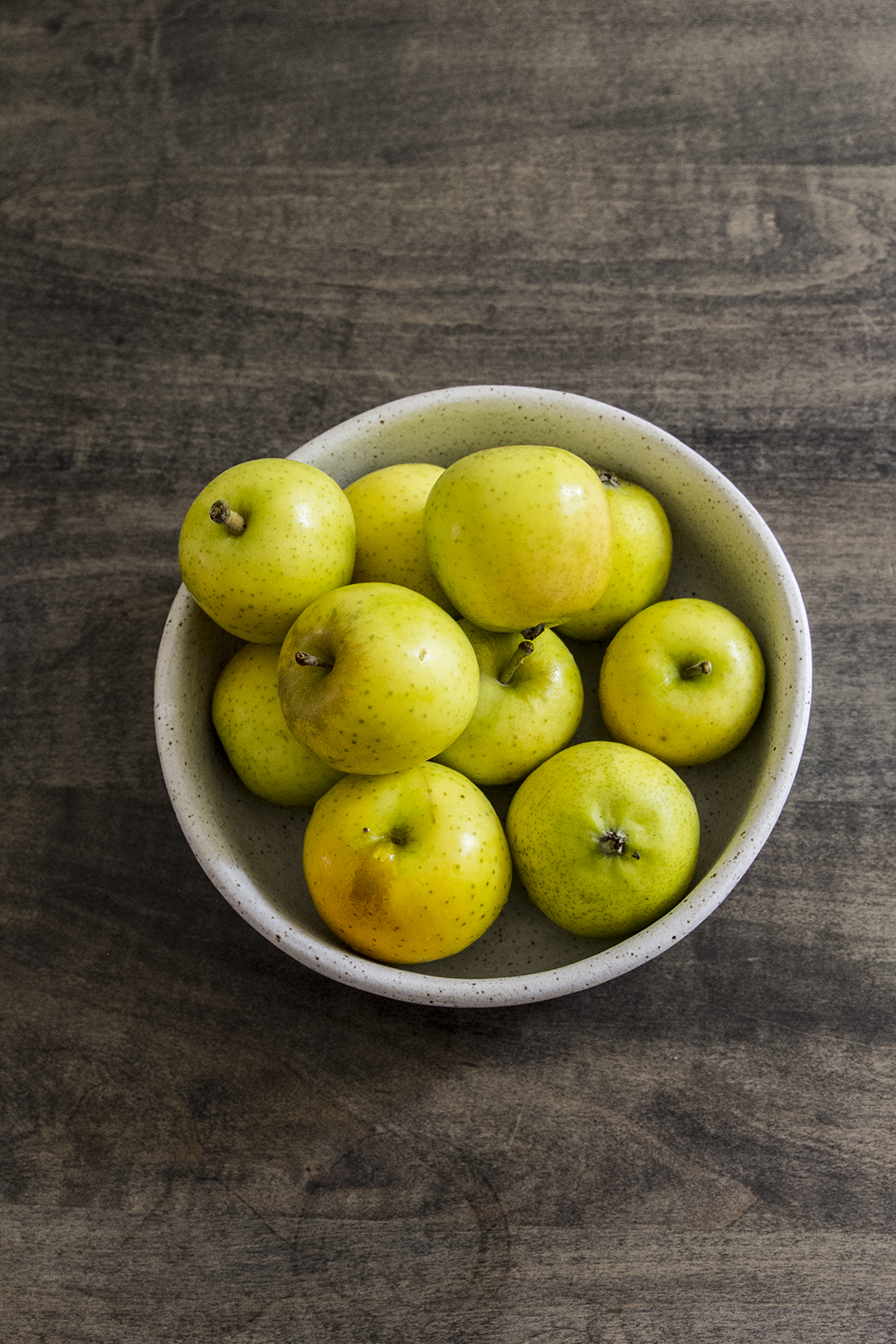 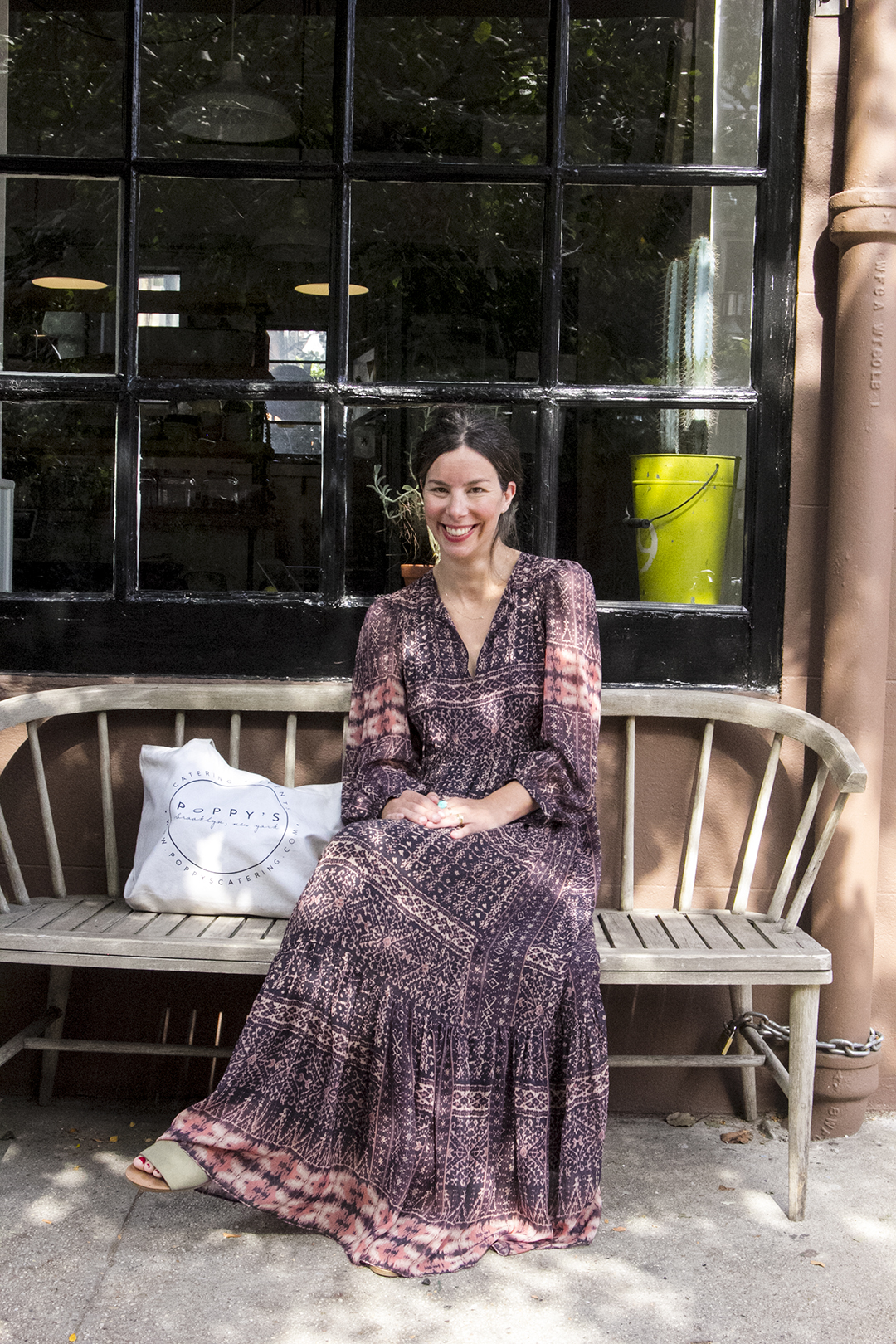 I’ve been with many business owners that say they can do every single job at their company. That’s not the case for me.  I have never been the chef and I know what my strengths are.  My core senior team developed and grew naturally.  We were all together when Poppy’s was in its infancy.  Each working only part-time in the very beginning, eventually moving to full-time, and ultimately running their own teams and departments.  It’s been an organic growth and a company we have built together. There is no way I can do this all without them.

I read Danny Meyer’s book “Setting the Table” a few times before starting Poppy’s. And one line that always stuck with me is if you want to grow, you have to let go. That’s the main advice I can pass along. Manage without micro managing.

Financial growth obviously plays a big part in keeping great people, but I think autonomy and personal growth is equally as important. That, and the fact that, as a company, we work hard but definitely believe in work/life balance. 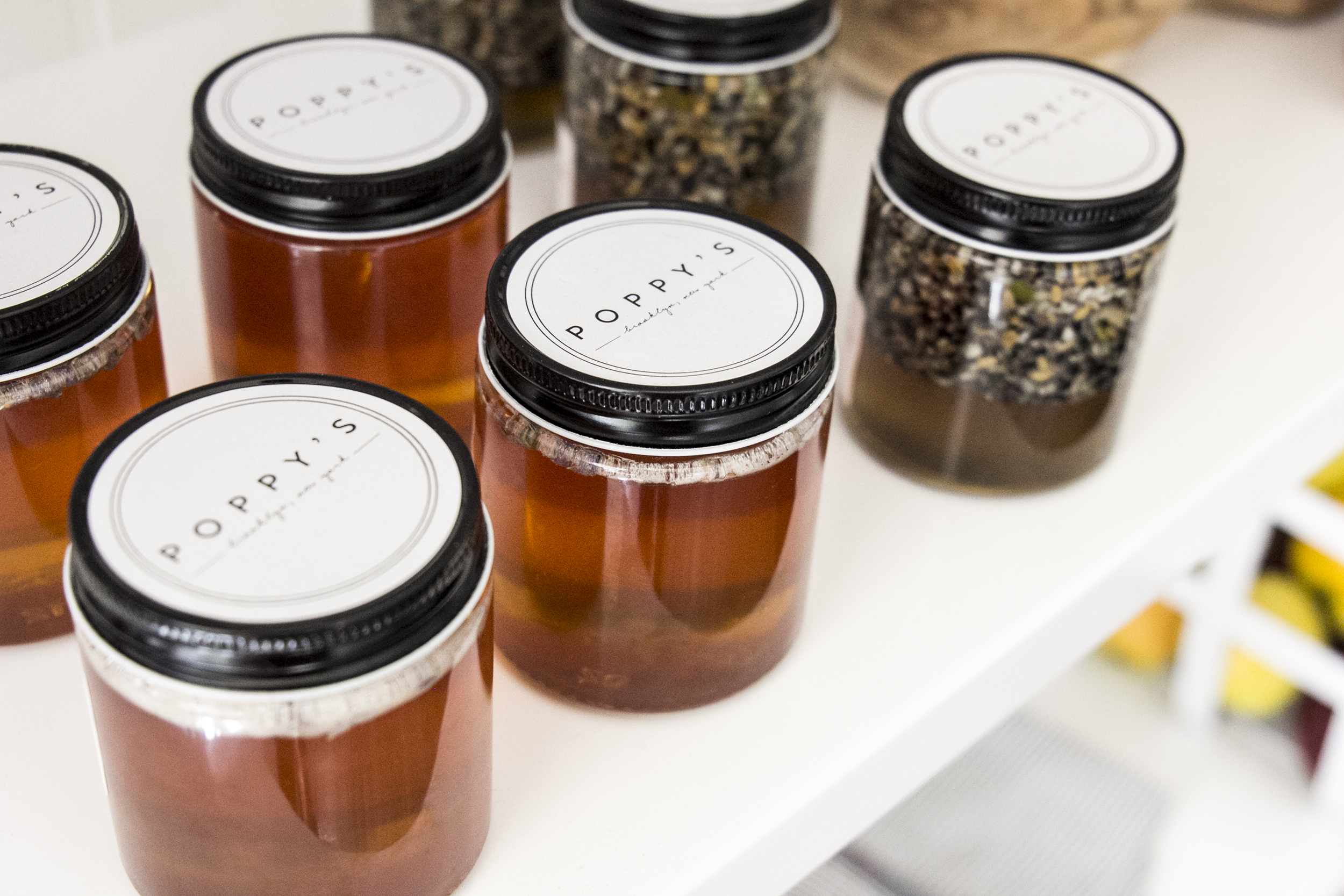 WHAT GROWTH MEANS FOR THE BUSINESS

I think the big question I’m going to ask myself and my team this year is “what is it all for?”  “What makes you happy?”  That’s more of an internal growth question than a literal one.  Why do we keep pushing for more? I change my answer all the time. But I believe the question is important to keep coming back to.

NAVIGATING MATERNITY LEAVE WITH A SENIOR TEAM FULL OF WOMEN

Good question. I will have to cross that bridge when I come to it but unfortunately, I think small businesses can’t compare to the maternity/paternity leaves that some corporate companies are able to give. What I believe in and what I want to offer may not be the same as what I have to offer.  I wish this country and system was different and that the government subsidized companies to allow for the time off a new mother needs.