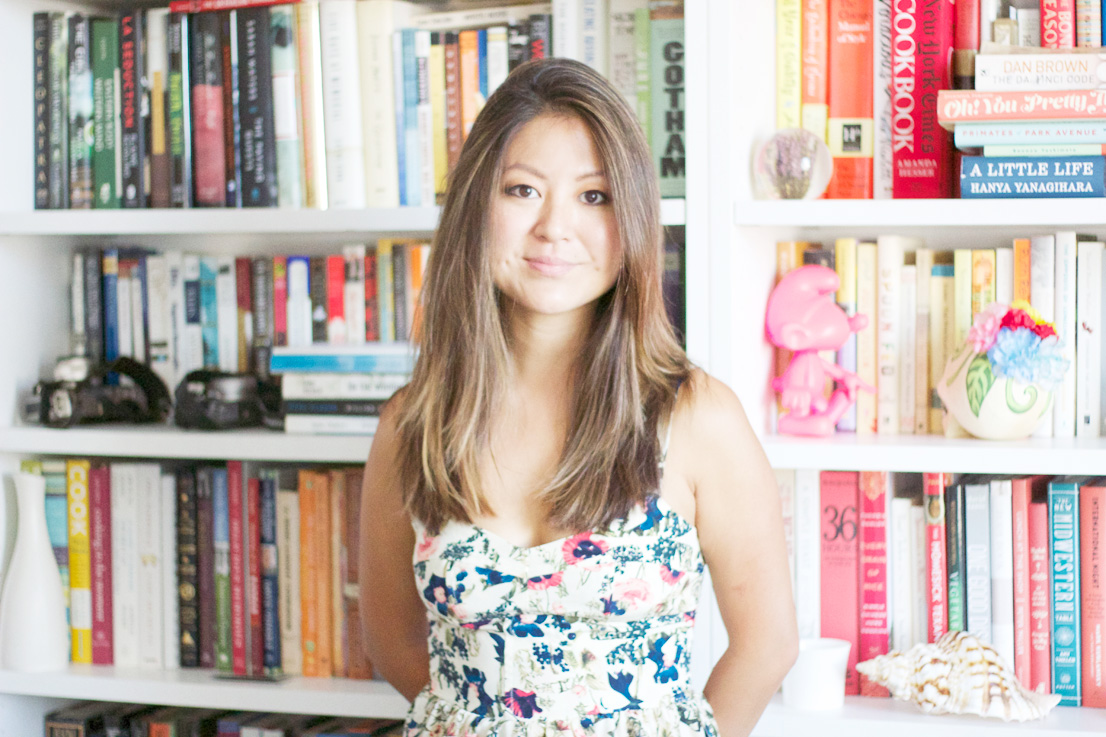 After roles at the world’s biggest titles, she’s now at the helm of a budding digital empire of her own. 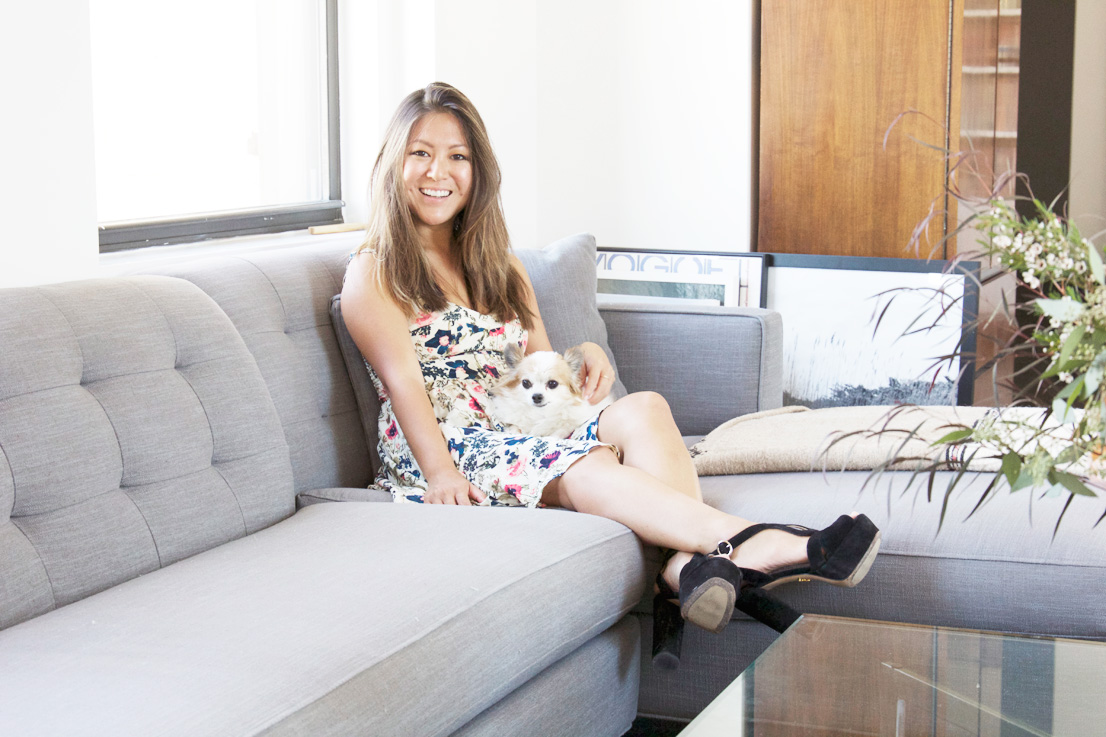 By the time I had graduated from college, I had done a slew of internships in the fashion departments of Interview magazine, W magazine, and Harper’s Bazaar. As soon as I stepped foot into the grand, old offices of Interview in SoHo and met Ingrid Sischy and Joanna Jacovini, who was the fashion director at the time, I knew that I was meant to work in magazines, at least for a time. I fell in love with the whole world of it. Everything was exciting to me, even delivering huge, heavy garment bags full of clothing back to the Gucci offices on the subway in August New York City heat.

I started off as a PR Assistant at BPCM, a job I got through a referral from one of my internships. Back then they were a team of about five people sitting together in a tiny, little office with the occasional mouse skittering over the cashmere sweater stacks in the showroom. It’s incredible to see how that agency has grown into such a powerhouse. But I’m not at all surprised. I was there for a little less than a year, but even in that short amount of time, I learned so much from Carrie and Vanessa— two absolutely brilliant, funny, wise, and caring women. I think the most valuable lesson I learned there was the importance of hard work and not being afraid to get your hands dirty. There were lots of times when Carrie would be packing boxes of samples to ship herself, even with her assistant sitting a foot away. Also, the girls that were there at the time were so smart and socially at ease. They were examples and role models to me—a girl fresh out of college who wasn’t particularly comfortable in my own skin yet. 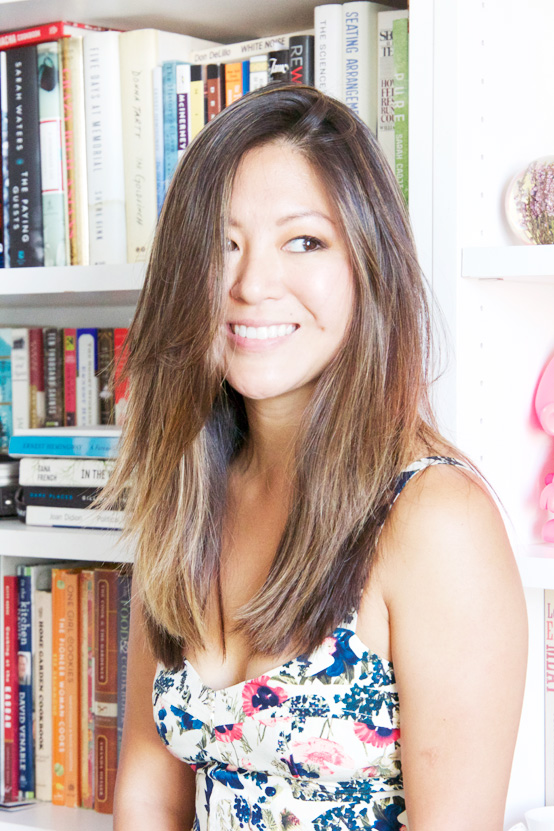 I loved my time at BPCM, but ultimately, I knew I had to try my hand in editorial. I got a full-time freelance gig in the fashion department at Lucky magazine and made the move. I was only there for a few months, as I quickly got offered a full-time job at ELLE. It was hard to leave, as I loved all of my coworkers. The team was amazing. But I also wanted to focus on luxury fashion, as I had done at all of my internships, and ELLE seemed like the right step in that direction. My first role at ELLE was as a market assistant. I assisted two editors, and to this day, I still say that it was the most important learning period of my career. All of us assistants, and the entire staff really, were upheld to such exacting standards when it came to our professionalism, our work ethic, and the product we were putting forward. There were countless late nights at the office eating dinner in the fashion closet, endless organization, demanding superiors, and tons of after-work obligations. But they were the best years ever. The girlfriends I made in that fashion department are some of the best people I know, and we made so many amazing memories together. What a wild time. After a couple of years, I jumped the gun a bit and made a move to ELLE.com before the online thing was cool or even really existed. My boss was baffled. I was their first Fashion Market Editor.

My bosses at ELLE were some of the most tasteful, discriminating (in the good way!) people I’ve ever met. They were super specific about the work that they did and the recommendations that they gave to our readers. If the belt on the look wasn’t exactly right, it wasn’t going to make it onto the page, period. If the shoe had a minuscule mark on it, it was going to be reshot. If we couldn’t get our first choice look for a shoot, we would reschedule the whole thing rather than settle for another option. That kind of ethos really gets under your skin after a time, and settles there. As crazy as I thought my bosses were at times, here I am behaving the exact same way in my career. And I’m so grateful to have had that instilled in me early on.

When I left ELLE to move to StyleCaster, it was a start-up. We didn’t even have an office, and we were a team of six or seven. We met at the Soho House everyday for work sessions. There was no site. I’d always worked for large corporations (aside from BPCM), and the start-up thing was really intriguing to me then. It was a really inspiring time. The founders of StyleCaster were incredibly ambitious and driven, and they were all about team motivation. They taught me how to lead teams effectively, how to communicate a vision, how to write a purposeful, effective email, and literally how to make something out of nothing. Although I had had years of fashion editorial experience, those were all skills that I had never really had to hone. You don’t really have to communicate the vision of an entity like ELLE—everyone knows it and respects it already. Working at StyleCaster and learning from the founding partners there is really what gave me the entrepreneurial bug.

Around 2009, social media started becoming a “thing” for brands. Everyone was trying to figure out how to capitalize on the channels, how to hone their voices, communicate with their consumers online, and how to create strong brand content. No one really knew what they were doing, but they were going to their editor contacts to help them with the content part. I was getting approached by a lot of fashion brands for consulting work in that arena; so much so, that I figured I could make a viable business out of it and that’s how CA Creative was born. Since then, we’ve really evolved into a full-scaled digital agency. Creating beautiful editorial content that lives up to the standard of what a magazine would create will always be a huge part of what we do, but now we also have a full digital team that offers SEO, SEM, social advertising, analytics, and more. 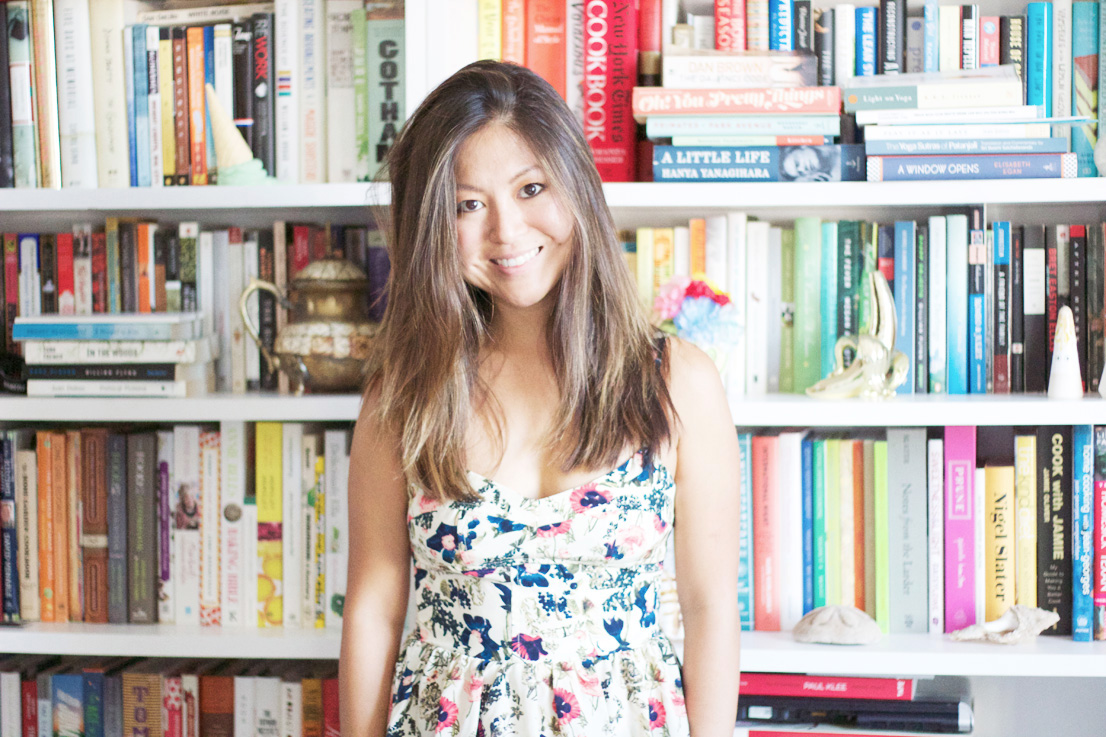 We decided to start the agency right in the middle of the economic downturn in 2009. Everyone thought we were insane, but we took the leap, and I never looked back. We wrote a brief business plan, secured a loan from my business partner’s wonderful family, quit our jobs, and got started. My fashion contacts helped quite a bit, especially in the beginning. They were our well of potential clients and we were able to start signing brands on pretty immediately. Our first project was an influencer event for Club Monaco. I really love exploring new territory. I’ve never been too afraid of that sort of thing—the unknown tends to bring out curiosity in me rather than fear. I think that’s probably what I like about tech and social media—there’s always something new on the horizon. 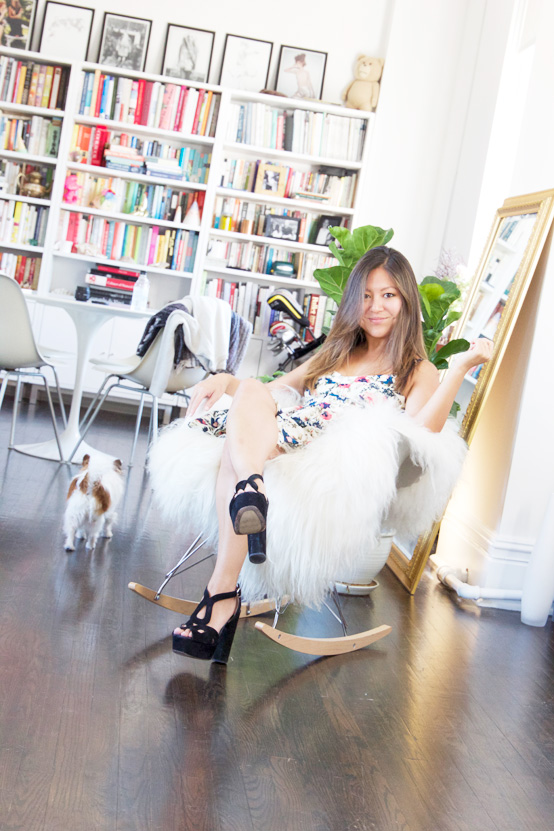 The transition to representing lifestyle clients too, happened quite quickly into CA’s history. We signed on with a Swedish vodka brand called Kanon Organic Vodka, and launched them in the US market along with a couple of other super talented agency teams. We had no lifestyle experience, but we immediately clicked with the entire team and they took a chance on us. It was a pretty great success, and it got a lot of attention over a couple of years, which led to other clients in the lifestyle realm. We’ve been working with hotels for quite a few years now—we have some amazing hospitality brands on our current roster that I’m super proud of. They’re fun to work on because they intersect so many categories—hospitality, design, food, nightlife, etc. In that same vein, we recently signed on with Simon and created an entirely new content site for them that spans fashion, beauty, food, design, and culture—all the categories that are housed in Simon malls. That was, and continues to be, an incredibly inspiring creative project.

My day usually starts at around 6.30am. I do a quick email scan, then immediately roll out my yoga mat facing the sunrise for a 20-minute meditation practice. That helps enormously in starting my day on a grounded, even-keeled note. I then brew some green tea, whip up something for breakfast, and I’m on my way to the office with my dog Suz trotting along beside me. On good days, I’ll also manage to get a run in. I’m a pretty efficient person and I think that helps when it comes to finding a balance. I can get a lot of work done in a short amount of time. I don’t really have procrastination or focus issues. But other than that, it’s just sheer determination to create a well-rounded, balanced life. I have a 12 pm yoga class on my calendar every weekday, and when 11:45 hits, I am up from my desk and out the door. It’s only an hour in the middle of the day, but it makes me so happy and clears away any stress from the morning. I also make sure to make time to cook and eat well as much as I can. And most importantly, I have such a strong team at CA. They’re incredibly smart and hardworking, so they make it possible for me to step away sometimes without worrying too much.

In terms of scaling the business, we’ve always grown very organically. I’m careful about when I make new hires, and will only consider that step if I’m absolutely sure we need the manpower. Every team member at CA was very carefully selected after a good amount of thought and consideration. When starting any business, I think the most important thing is whom you choose to surround yourself with. My business partner, although she’s no longer involved, was so, so paramount to the success of the agency. She’s smart and driven and really good at the things that I’m not great at. We were a good pair. Our partner agency, King & Partners, is incredible and they’ve helped us with everything from legal advice to client referrals. I remember in the early days of the agency, we were sharing King & Partners’ office space and we were launching a Facebook initiative with a rather large client. Everything was going wrong, and I was freaking out. Tony King walked over to us in the midst of the chaos, smiled, and said, “every launch of anything is always exactly like this.” Coming from such a pro with the level of experience he had, it made me feel so much better. I was a neophyte! Anyway, that’s a long-winded way of saying that if you surround yourself with good people, things have a way of working out. I guess you can say that applies both professionally and personally.

Carol was shot in her home in New York by Naomi Mdudu. Read more about CA Creative here.