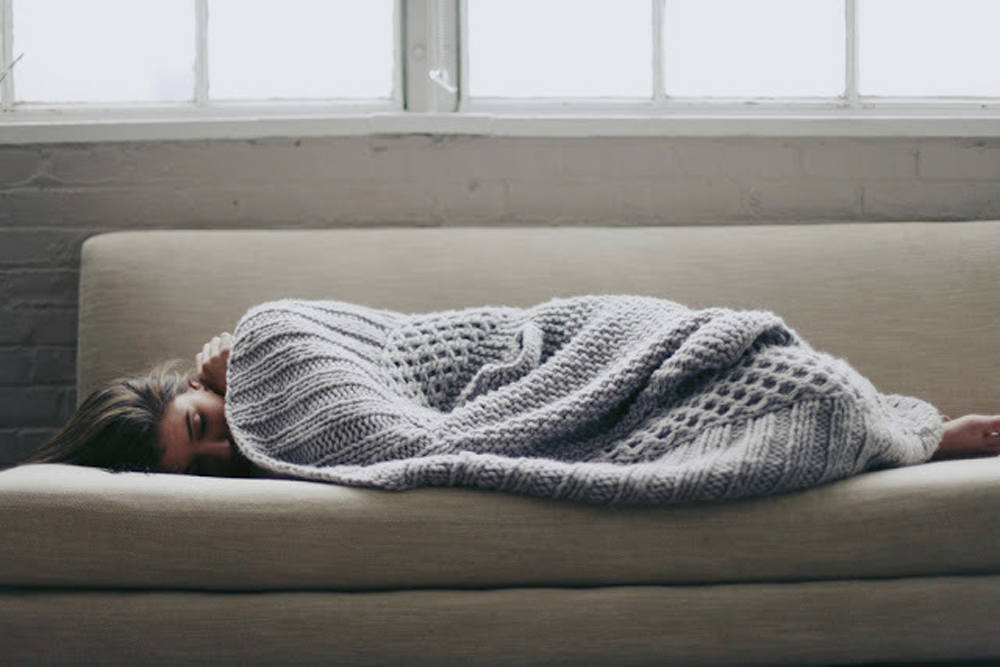 That Time When I Had A Breakdown 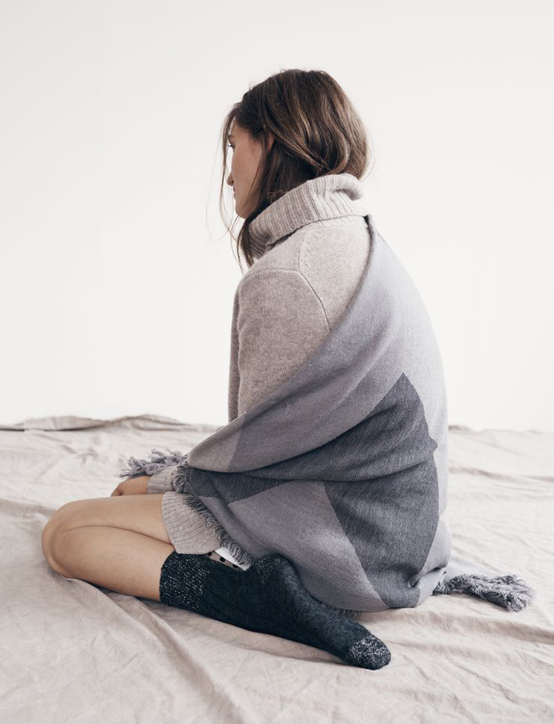 About three months ago, I walked away from my job as a fashion editor. I had a lot to look forward to. After working there for a year and a half, I was finally ready to take the plunge and devote my time to bringing you The Lifestyle Edit and I had a string of great freelance writing and styling gigs lined up too. Nonetheless, I left a highly sought after position at one of the country’s biggest and most popular newspapers.

In a nutshell, that was the role I’d spent my career thus far working towards. I travelled the world – in the year and a half I was there, I lost count of how many countries I visited; I earned enough to keep me in posh frocks (sample sale finds, mind you), had interviewed my fair share of A-list celebs and ultimately felt like the hard work I’d put in the previous six years had amounted to something.

People often say that once you get your dream job, it’s not always what it’s cracked up to be. It’s like that recognised truth that no matter how funny you want your favourite comedian to be, in reality, they’re bland at best when you finally meet them (I’ve met Jimmy Carr. I say no more).

My job was different, I guess. In many ways it was more than I’d hoped for. After years of being freelance and essentially working alone from home in yoga pants and my boyfriend’s old sweatshirts, I was surrounded by an incredible team of journalists I respected who I actually enjoyed seeing every day. I also had a boss who, while on the eccentric side, supported and backed me. Although I’m sure that exists at some titles, in the newspaper world, that’s the exception rather than the rule.

The job wasn’t entirely different from everything I’d done before. I’d always written about fashion but this time I wasn’t writing for people who knew and understood the inner workings of the industry. I was now writing for the mainstream, where most people could give to shits about the genesis of a trend or why the fact that Alexander Wang had been appointed creative director at Balenciaga was a big deal, unlike the readerships I was used to. To cut a long story short, I was essentially working 12-14 hours days, and often weekends, in order to create up to five pages a week of content I wasn’t essentially inspired or interested in writing. Throw breakfasts every day into the mix – I love a breakfast date as much as the next person but try doing it every day when you have deadlines coming out of ears – and also countless meetings in the day and event after event in the evenings too. For the best part of year I was doing the motion but without having my heart in it and what’s worse, I was burnt out.

Was there something intrinsically wrong with the job? Not at all. But was it right for me? The short answer is no. I like to write. The prospect of doing a ‘get the look’ for a celebrity, or dumbing down my writing was something I wasn’t prepared to do and the problem was, like for so many of us, my priority was my job and for a long time I was resentful for anything that distracted me from it whether that was friend’s birthdays, date nights or just having a relaxed weekend.

We all feel stress professionally at some stage in our career but although stress and burn out are terms often used interchangeably, there’s actually a big difference. Burnout isn’t just feeling like you need a holiday or long weekend to catch up on sleep. According to Professor Maslach, it takes it that extra step further and, in some instances, a conflict between one’s personal values and the requirements of a job.

I hadn’t taken time off for non-work purposes for at least 4 years so a month before I left I took essentially a month off and flew to New York with little planned. Apart from a being a bridesmaid for a best friend’s wedding and few meetings and shoots I did in my first week, I was essentially left to my own devices in the big Apple for a month. For the first time in my adult life, I did absolutely nothing. There was no racing down escalators as if I had somewhere really important to dash off to. For the best part of my trip my email was off and I took solace in not talking about what I do or even thinking about work. On the occasions I wasn’t overdosing on episodes of the Mindy Project sitting in my friend’s apartment in my underwear sweating in the New York sun, I’d leave the house and spend long afternoons lying with my Kindle reading all the books I’d been promising I’d find the time to read. I sat in coffee shops on my own and watched the world go by. I drank copious amounts of wine on rooftops, spent way too much money on posh grub and danced to the wee hours until the pain in my thighs forced me to call it a night. 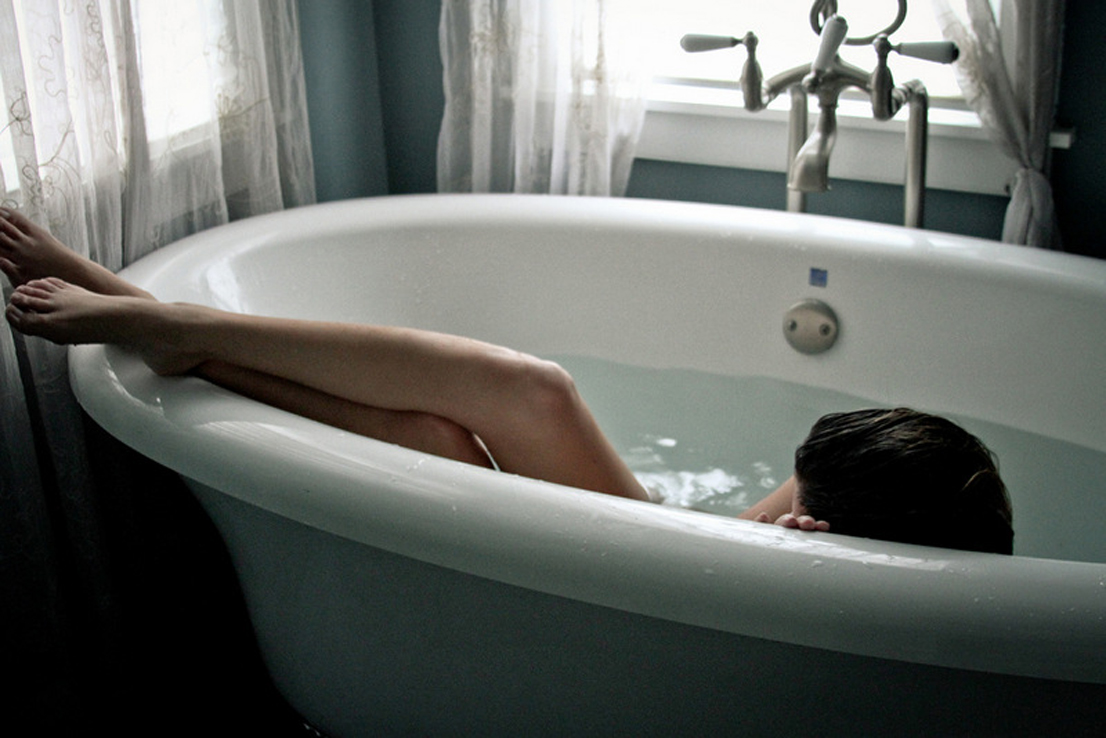 I looked on smugly at the few industry parties that I did go to. I’d spot the girl in the corner who, like me back home, looked like she was on the brink of a nervous breakdown and the one on the other side of the room permanently glued to her iPhone as if the world was going to end if she didn’t answer that email that just come in. Was I dreading coming home for the last month before I left? Well, yes. After finally having switch off time, the prospect of going back to the grind made me panic. Worse still, it made the idea of going back to what I once loved and cherished the most feel like a punishment.

The problem was, like for so many of us, my priority was my job and for a long time I was resentful for anything that distracted me from it whether that was friend’s birthdays, date nights or just having a relaxed weekend.

In hindsight, it should have been clear that there was problem when, after a while, the thought of a late night out with friends started to feel cumbersome, or even when on those mornings I’d wake up from an early night only to still feel absolutely shattered and drained.

The reality is I’m not the only person who’s felt that way. There’s mounting evidence that under 30s in particular, are suffering from premature burn out. A recent report showed that of the under 30 years olds surveyed, 81 per cent of employed job seekers feel burnt out from their existing job. It’s hardly surprising considering that most of us can’t remember working without technology. With the likes of smartphones, social media and companies embracing digital, it can constantly feel like we’re on a treadmill.

So what’s the solution? As nice as it was to check out of real life for a month and live like a woman of leisure in Manhattan, it wasn’t exactly a long-term plan. Instead, I took a leap of faith and went back to my roots working on a project I love, and I hope you will to. The reality is that I still work hard and long hours – I wouldn’t have it any other way, at least right now – but I’m doing it for something that really means something and, more importantly, it’s completely on my own terms. I can juggle my time to make sure that I can have it all. I have the freedom and balance I never would have had otherwise. Am I advocating giving up your jobs and starting your own business to combat burn out? No. My advice to you is this: know what you’re doing, why you’re doing and prioritize your needs over anything else. And last of all be bold. If your current situation isn’t working for you, you owe it to yourself to avoid situations that affect you negatively mentally and emotionally no matter how great your job title may sound. I promise, your peace of mind will thank you for it.