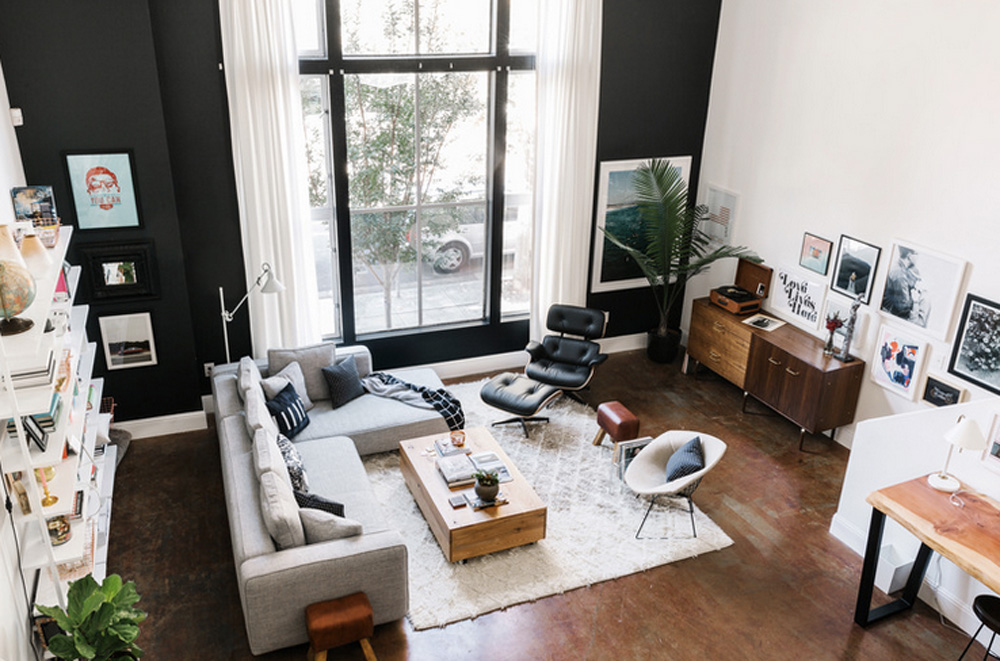 Sam Hood knows a thing or two about creating picture-perfect spaces. Here, she gives us the low down. 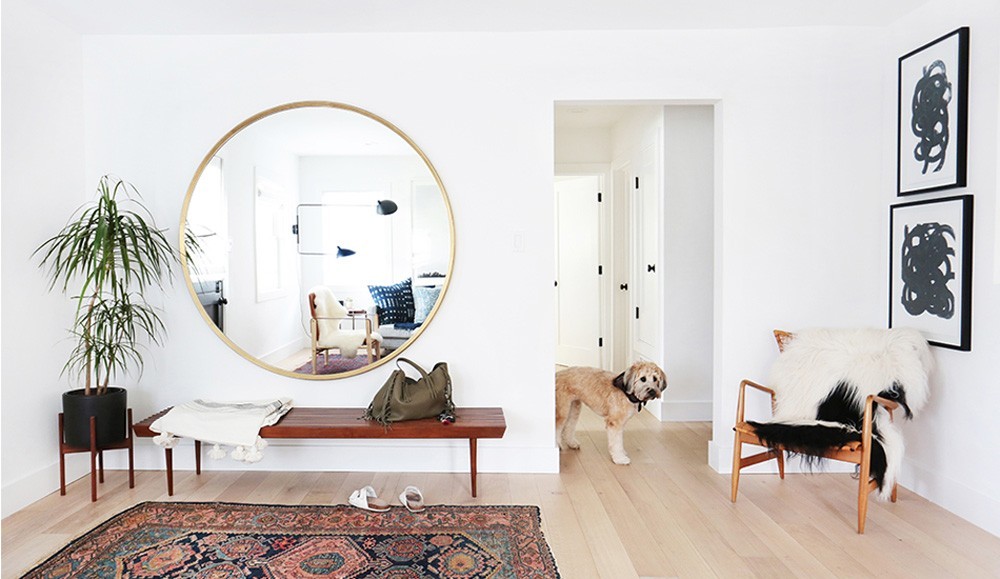 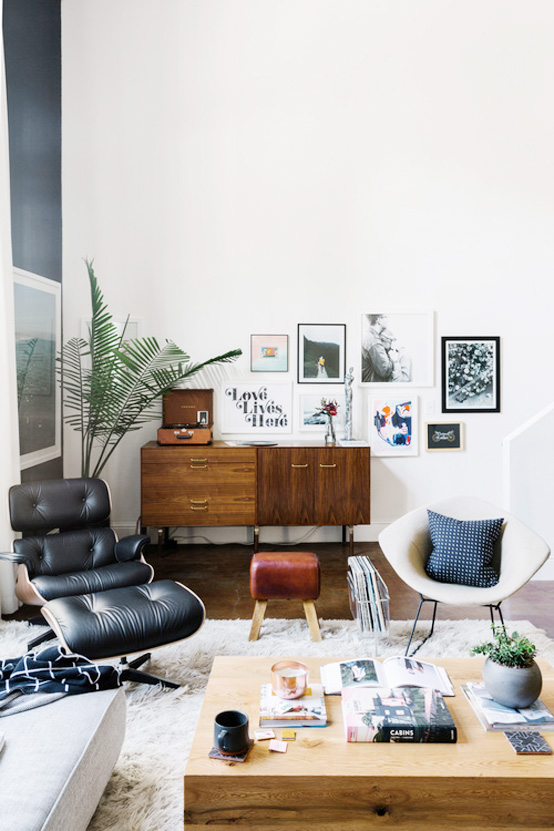 Fun fact: I’ve lived in approximately four homes in just as many years. I won’t bore you with the details but it’s true. When I first moved in with my ex, I never quite got round to putting my stamp on things. The art I’d intended on hanging, lived on the floor, propped up against a wall. And the coffee table books I wanted to curate, rather shamefully lived in unruly stacks in a bookshelf I’d long been meaning to change. I digress.

Arrival into homes two and three came with fraught promises on my part and a newfound motivation to actually devise a concrete plan of attack. I became closely acquainted with Pinterest (obvs), but quickly began to venture into what I call ‘magpie territory.’ And it’s easily done. You see, that’s the thing with Pinterest. The endless stream of inspiration is both a blessing and a curse. It’ll have you going all Elephant’s Breath and Scandi minimalist in your living room, bachelor chic in your kitchen with slick and contemporary finishes, finished off with a bedroom that looks like it’s jumped out of a Laura Ashley catalogue. I’m exaggerating, of course, because you get the point.

It’s hard to admit but some of us just aren’t responsible enough to create an overarching décor plan. In a last ditch attempt to behave like the grown up my passport says I am, I called Amara’s founder and creative director Sam Hood for help. Somebody with less-than-average patience might tell you that doing the groundwork for an interiors overhaul is more of a chore than any sort of retail therapy. The research alone can be intimidating, which is why it’s easier to do things ad hoc and absent-mindedly. According to Sam, what you do before you get to work is far more important than the decorating process itself. If you know the overall feeling you want to create, planning is easy.

In a bid to get you on the right track, we quizzed Sam about the main things you need to consider before getting to work. So whether you’ve just moved into a new house or built the courage to finally redecorate, think of this as your first line of defence. Even if you only do a handful of the things on this list, you’ll be amazed at what a difference it’ll make in keeping you on the straight on narrow when you begin. Prepare to take notes…

Do your research: I can’t express how important it is to put the time in to decide what look and feel you want your home to have. Decorating a home can be an expensive and time consuming project so you want to be 100% sure on every decision you make. Use what you want to gather inspiration and ideas. I’m a big fan of physical mood boards because you can play around with samples of fabrics and wallpapers and add paint for tester posts and pin finishings you come across. I do love Pinterest too but I’m a big fan of being able to touch and feel things on my mood board. It’s important to move away from your mood board too and actually test things like paint on your walls. Colour is without doubt one of the things people don’t research about enough. My biggest advise is to test paint and wallpaper on an area to see how the colour or print may change during different times of the day. You’ll be surprise how a shade of grey can turn anything from blue to white depending on the light. 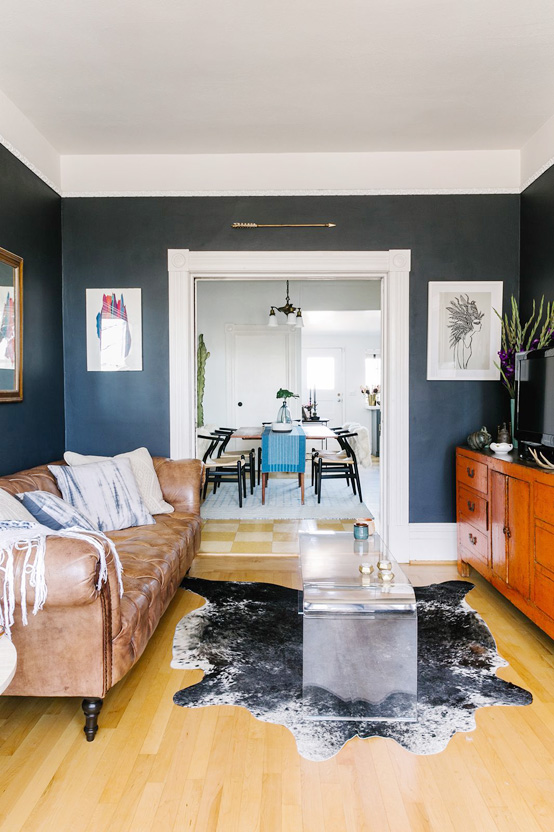 Preparation is key: Before you start, decide on a budget and stick to it.  Costs can very easily spiral out of control so it’s best to be prepared. And if you’re doing any building work, make sure you have an emergency pot in case you uncover any sudden extra jobs. If you can’t afford to do the whole house choose the room you spend the most time in. Make that your priority, that way you will always have somewhere finished where you can retreat to while the rest of the house is being done. It’s very easy to get carried away and start every room at the same time so make sure you go room by room. It’s worth planning a room by deciding where you want everything to sit and more importantly, where everything will fit. Make sure you’ve planned where you want furniture to go and measured the space before you even think about furniture shopping. If you’re moving to a new property with an existing miss-matched interior scheme, I always advise people to pain every room white. I promise, doing so will give you a blank canvas, which will allow you to envisage what you want to do with the space a lot easier than when it’s full of furniture and a style that reflects someone else’s taste.

Spend where you can: Try not to scrimp on the important things.  Your furniture will hopefully last you many years so try and spend as much as you can afford.  Give the decorating a go yourself but when it comes to more technical jobs it pays to hire a professional as it often works out cheaper in the long run. Think of it like this: unlike your wardrobe which can date, your home is an investment and one you won’t be continually changing depending on the season and trend of the moment so it makes sense to invest to invest on the key things. It’s not a bad thing to tap into trends though. Just to make sure to introduce them onto cheaper pieces like glassware or accessories.

Don’t rush: Decorating a home is a big task and not one to rush into.   We can all get over excited and start everything at the same time and buy everything that takes our fancy, but it’s important to take a step back and really think about every purchase.  The decisions you make now will likely be with you for quite some time. Unlike an impulse shoe purchase, these decorating decisions can’t always be returned or easily rectified easily.  As a rule, I always try to live in a house for a while before I make expensive purchases. How you think you’re going to live in the house and how you actually do are more often than not two very different things.

Mix it up, within reason: Some people like all of their rooms to match but there’s definitely something to be said for giving each room a slightly different while keeping the same design aesthetic. It doesn’t have to be anything dramatic. You could use a similar colour scheme on the walls but different lighting in each room.